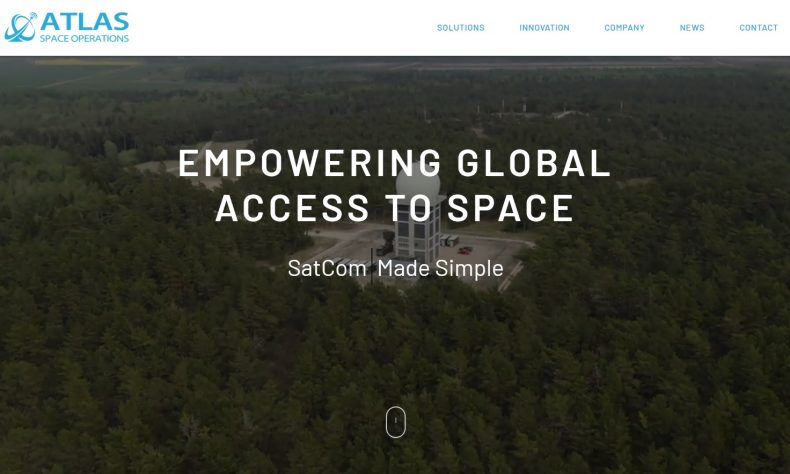 TRAVERSE CITY—Atlas Space Operations, the developer of improved communications systems and protocols for the space industry, announced that it has received a Phase II Small Business Innovation Research grant from NASA through the U.S. Small Business Administration.

The SBIR program encourages small businesses to engage in federal research with the potential for commercialization. In this case, Atlas is developing an algorithm to improve satellite ground station contact schedules. This will be accomplished by implementing software that analyzes a project’s importance, optimizes tasks, and produces a goal-optimized schedule—all on a “lights-out” basis. Once operational, both commercial and government users will see substantial cost and time reductions in gathering data from the growing number of satelliltes in orbit.

Atlas also announced that its customer BlackSky, a McLean, Va.-based geospatial monitoring company, is scheduled to launch as part of a SpaceX rideshare program and will add two more satellites to its growing Earth observation constellation. BlackSky combines Earth observation, on-the-ground intelligence and third party data sources for its clients. BlackSky will use Atlas ground stations in Japan and Guam to quickly retrieve and manage its data.

Another Atlas customer, the National Oceanic and Atmospheric Administration (NOAA), is beginning to gather data from its Constellation Observing System for Meteorology, Ionosphere, and Climate (COSMIC-2) mission. This development will enable NOAA to significantly improve its tropical storm and hurricane prediction capabilities. COSMIC-2 will primarily make use of Atlas’ Tahiti and Ghana ground sites.

On top of these steps for Atlas and its customers, the company has recently celebrated its fifth anniversary with more customer wins, including successful integration with Kubos, whose Major Tom satellite management interface is saving operators time and cost in conjunction with the Atlas Freedom platform.

Atlas partners such as Astroscale, a Japan-based provider of space debris mitigation technology developer, are working on cutting-edge space technology to accomplish missions such as ELSA-D, which will demonstrate the ability to autonomously capture and deorbit a satellite in the event that it becomes necessary, so that it does not become dangerous orbiting space junk.

Atlas also announced reaching the 30-employee mark, expanding office space and responsibilities in the process. Concurrently, Atlas is establishing five new ground sites, which will bring the total number of Atlas-owned ground stations to 14 before the end of the year.