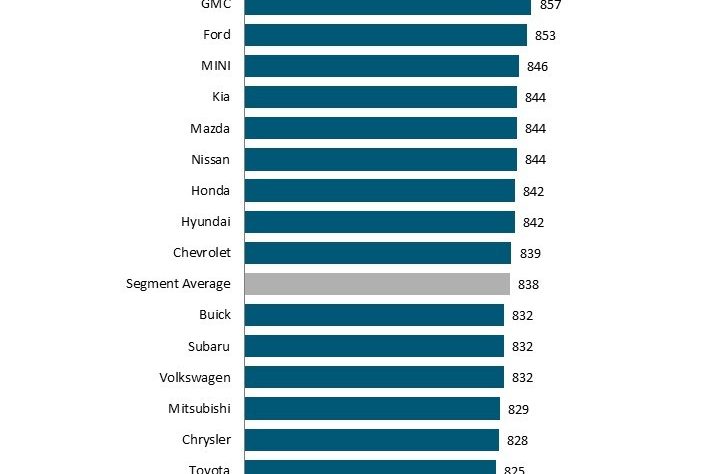 TROY—When it comes to driving sales, as well as generating brand loyalty and advocacy, vehicles that create joy for their owners often overcomes any negatives caused by problems they experience. This phenomenon is most effectively seen in the newly released J.D. Power 2020 Automotive Performance, Execution and Layout (APEAL) Study.

“Purchasing the ‘right’ vehicle is influenced by a variety of factors, depending on each buyer’s specific tastes, wants and needs,” said Dave Sargent, vice president of automotive quality at J.D. Power. “The APEAL Study measures an owner’s emotional attachment to their new vehicle and in what areas that vehicle may not be delivering on all of the positive experiences that were hoped for. Understanding this is just as valuable to automakers as knowing about quality issues and owner acceptance of new technologies. The goal for automakers is to delight customers on all these dimensions. Some are better than others at doing this.”

Now in its 26th year, the study has been redesigned for 2020. It complements the J.D. Power Initial Quality Study and the J.D. Power Tech Experience Index (TXI) Study by measuring owners’ emotional attachment and level of excitement with their new vehicle across 37 attributes, ranging from the sense of comfort and luxury they feel when climbing into the driver’s seat to the feeling they get when they step on the accelerator. These attributes are aggregated to compute an overall APEAL index score measured on a 1,000-point scale.

Following are key findings of the 2020 study:

Mazda climbed the most in the mass market rankings, placing nine spots higher than in 2019. Cadillac climbed six places in the premium rankings, the most in that segment.

The parent company receiving the most model-level awards (given to models ranking highest in their respective segment) is Hyundai Motor Group (five awards), followed by BMW AG and Nissan Motor Co., Ltd., with four each.

The 2020 U.S. APEAL Study is based on responses from 87,282 owners of new 2020 model-year vehicles who were surveyed after 90 days of ownership. It was fielded from February through May 2020.

For more information about the 2020 U.S. APEAL Study, visit http://www.jdpower.com/resource/jd-power-automotive-performance-execution-and-layout-apeal-study. 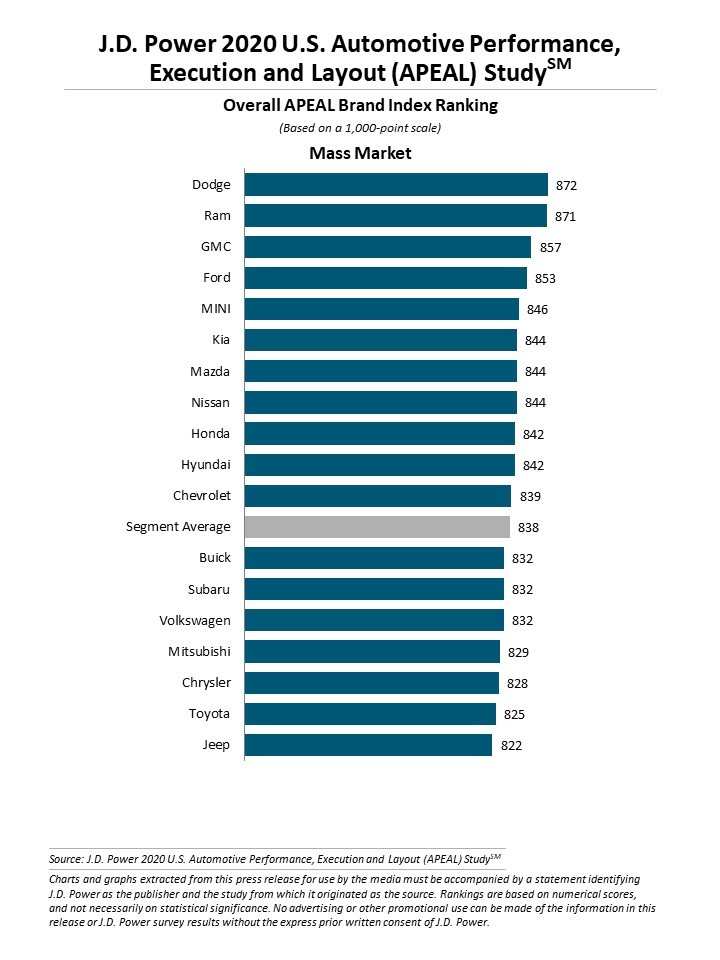 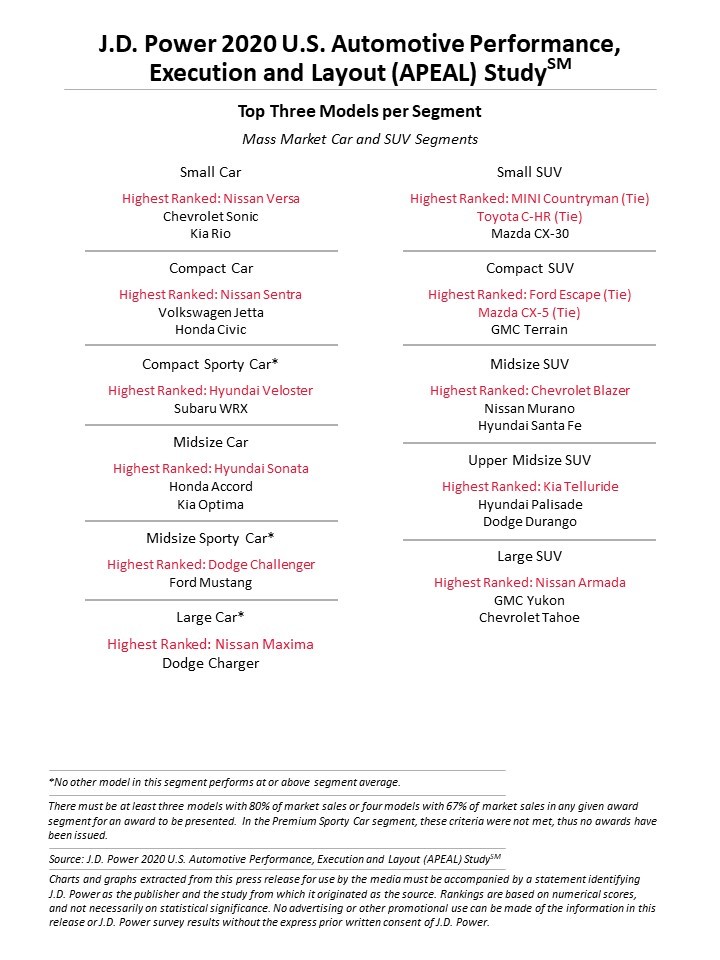 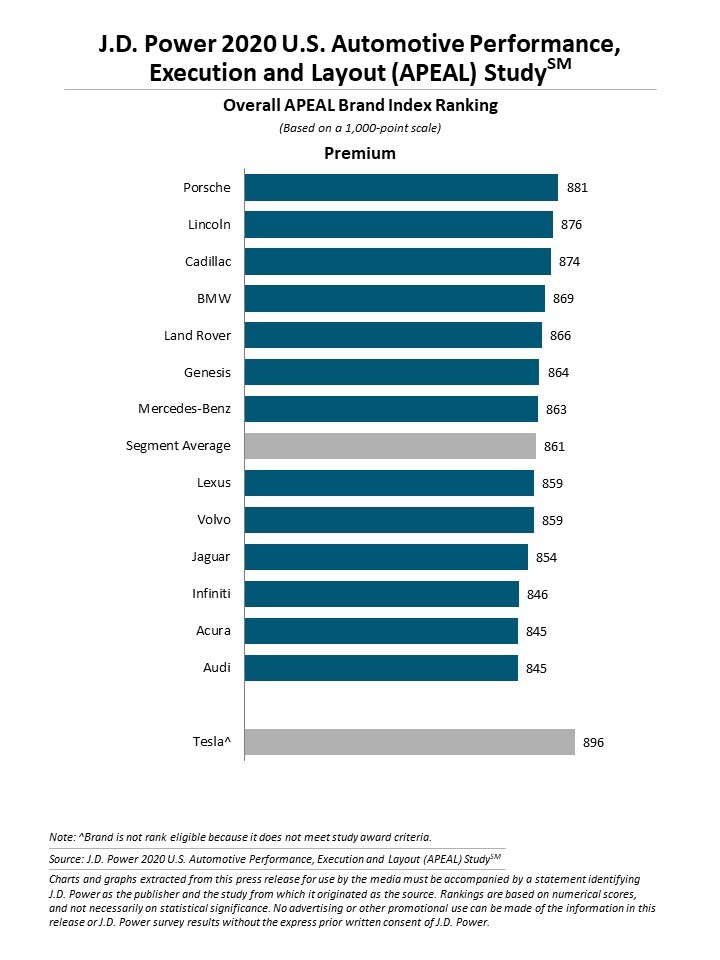 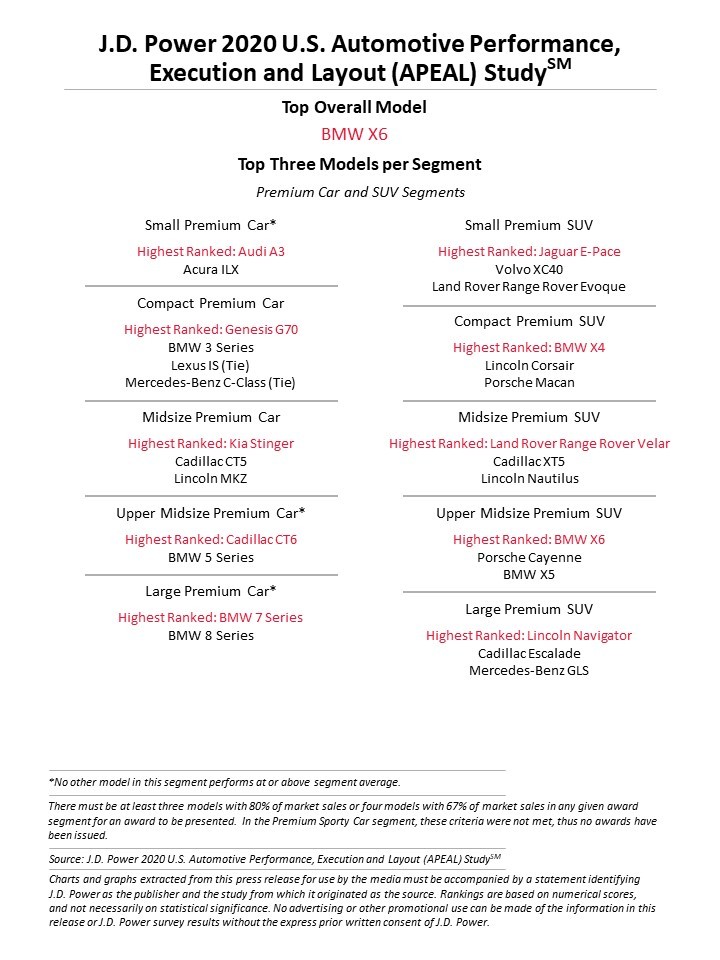