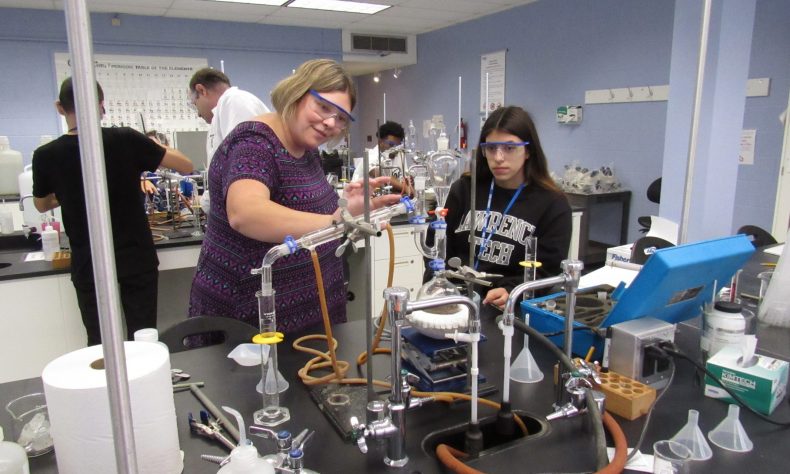 The Marburger STEM Center is LTU’s centralized outreach center for its programs for K-12 students and teachers in science, technology, engineering, and mathematics (STEM), as well as architecture and design. It has been led since its 2016 opening by Executive Director Sibrina N. Collins, a former college professor who earned master’s and doctoral degrees in chemistry from Ohio State University.

“We believe virtual programming is the responsible choice this year given that we are in the midst of a pandemic,” Collins said.

The program near begins Sept. 12 with a topic that couldn’t be more timely: “Superheroes in Nursing: Fighting COVID-19,” featuring Therese Jamison, founding director of LTU’s Bachelor of Science in Nursing program.

The sessions continue with “You Are the Designer” on Oct. 17, with Christopher Stefani, associate director of LTU’s Detroit Center for Design and Technology; “Unlock Your Imagination: Science Fiction Writing” on Nov. 7, with Paul Jaussen, associate professor in LTU’s Department of Humanities, Social Sciences, and Communication; “Learn to Code: Game On!” on Jan. 9, with the Marburger STEM Center staff; “Virtual Entrepreneurial Mindset” on Feb. 13, with Matt Cole and Jackie Stavros, faculty in LTU’s College of Business and Information Technology; and “Groovy: Let’s Make a Lava Lamp” on March 13, with the Marburger STEM Center staff.

Details, including times and signup information, may be found at https://www.ltu.edu/stem-center/stem-extreme-science-saturdays.asp.

The Marburger STEM Center’s many events and programs work to engage students through interactive, project-based experiences, where students can observe the real-world applications of what they’re learning.

The center was established through a $20 million gift from Detroit native and former Microsoft Corp. CEO Steve Ballmer and his wife, Connie. Steve Ballmer attended six Lawrence Tech mathematics courses while still a high school student in the early 1970s. Ballmer went on to Harvard University—where he met Bill Gates. In 1980, he dropped out of Stanford University’s MBA program to become Microsoft’s 30th employee and the first business manager Gates hired. Ballmer, Microsoft CEO from 2000 to 2014, received an honorary doctorate in computer science and engineering from LTU in 2013.

The STEM center is named after LTU’s fourth president, Richard Marburger, who led the university from 1977 to 1993, and who has served Lawrence Tech students in the decades since then as a volunteer advisor, tutor, and mentor. Marburger was an early and vocal advocate of advanced technology, leading LTU to be one of the first universities in the country to establish a campus-wide e-mail system in 1982.