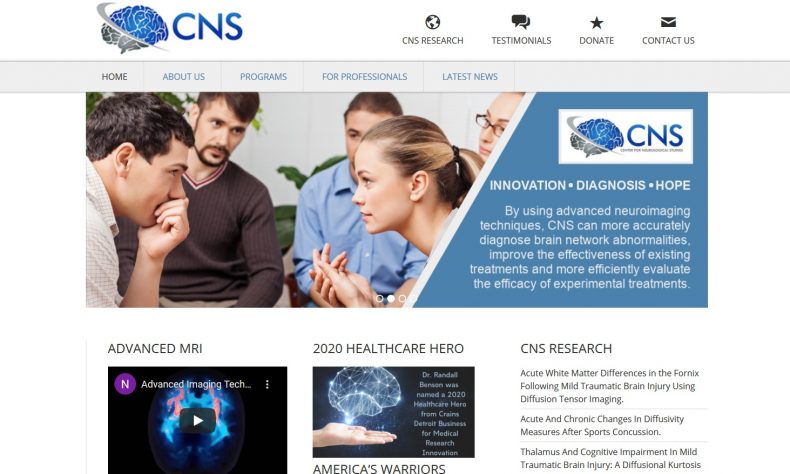 “There is a consensus in the medical community that, as the result of repetitive head injuries, many former contact athletes are at risk for cognitive and emotional impairment caused by deficiency in one or more pituitary hormones that can greatly reduce a person’s quality of life,” says Randall Benson, M.D., medical director and co-founder of CNS, and lead investigator of the study. “We’re encouraged by our findings in brain injured patients in the last several years and are now actively recruiting former NFL players for a dedicated study of this high risk group.”

CNS’ preliminary study of 15 former athletes showed 14 had growth hormone deficiency. Eleven of those 14 showed a marked reduction in symptoms and improved quality of life after hormone replacement protocols were implemented. Former Detroit Lions quarterback Eric Hipple was one of those 14 and is now a spokesman for CNS.

“CNS has a unique technological approach to understanding the brain that has helped a number of former athletes, including me, to get their lives back in order,” Hipple said.

CNS has pioneered the use of diffusion tensor and susceptibility-weighted MRI in brain trauma to accurately diagnose brain injury, enabling a more precise understanding of each person’s unique issues. Together with testing of pituitary hormones, CNS has been able to maximize treatment to improve the lives of people with a wide range of brain injuries.

“We’re especially excited about this new study, not just for the athletes involved, but because results can apply well beyond athletes and ultimately help thousands of others who suffer Traumatic Brain Injuries annually in non-sport related accidents,” says John Russell, CNS co-founder and CEO. “This study could be an incredibly important breakthrough for anybody suffering the potentially devastating effects of brain injury. We can help change their lives.”