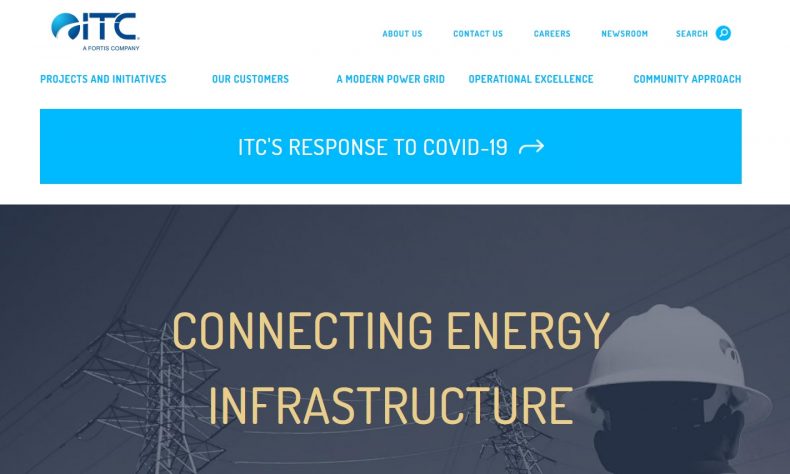 NOVI—ITC Holdings Corp. (ITC), the country’s largest independent owner of high-voltage power transmission lines, announced the appointment of Ronnie Hawkins Jr., a retired lieutenant general in the United States Air Force, to its board of directors.

Lt. Gen. Hawkins currently serves as President and CEO of the IT and cybersecurity consulting firm Hawkins Group. Clients include Fortune 500 companies and the federal government. He founded Hawkins Group in 2015 after serving more than 37 years in the Air Force, which included leadership roles in critical infrastructure and key information systems used by the Department of Defense and its coalition partners.

He serves as an advisor on cyber security to the board of Centene, a health insurance company based in St. Louis. He also serves on a military-focused advisory board through the Millennium Corp. He and his wife established Ezra Vision Ministries, through which they do missionary work in Haiti. Among his many awards, Lt. Gen. Hawkins was awarded the Defense Superior Service Medal, the Legion of Merit, the Bronze Star Medal, the Defense Meritorious Service Medal, and the Meritorious Service Medal.

He joins 10 other members of the ITC board of directors.

“Lt. Gen. Hawkins’ standing as an internationally respected expert on leadership, strategic planning, cybersecurity, and information technologies will be of great value to our company,” said Linda Apsey, president and CEO of ITC. “His decorated service to our country, community ministry and other current pursuits will contribute to ITC’s work in building a greater grid.”