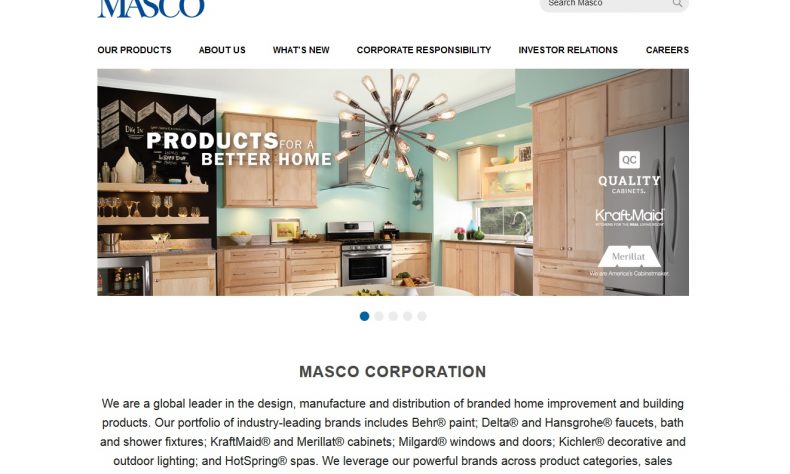 LIVONIA—Masco Corp., the manufacturer of home improvement and building products, announced that its second quarter sales slump won’t be as bad as the company had feared.

Masco officials said they now expect second quarter sales to drop 8 percent vs. the same quarter in 2019, compared to a previously announced anticipated sales decrease of 15 to 20 percent. Both figures exclude the effects of currency translations.