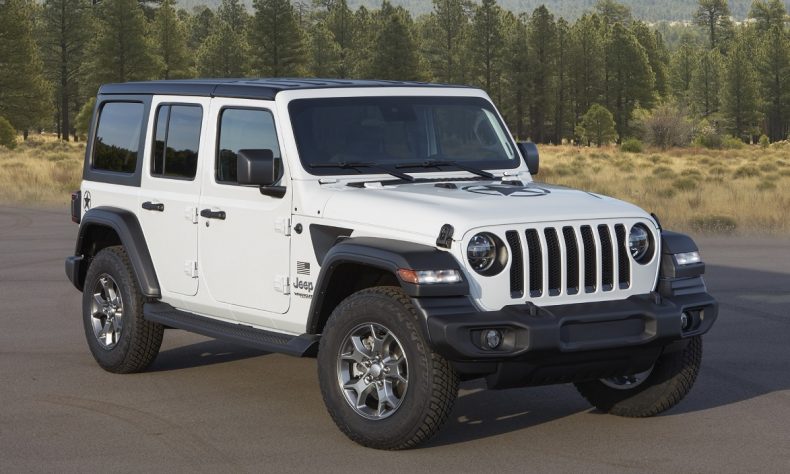 AUBURN HILLS—When thinking of green vehicles, the first one to come to mind might not be the Jeep Wrangler.

However, Fiat Chrysler Automobiles announced the completion of its latest Global Warming Potential (GWP) analysis—and the Jeep Wrangler Unlimited, redesigned since the 2018 model year, has a GWP 15 percent lower than its predecessor.

“This is the outcome we expect when we launch a new vehicle,” says Mitch Clauw, FCA vice president and head of global pre-programs and program management. “In all our processes, the mitigation of environmental impact is a baked-in consideration.”

The GWP improvement was calculated using industry-standard software that examines multiple factors associated with a vehicle’s design, production and on-road performance. These factors include:

The comparison was made with the previous-generation Wrangler Unlimited, as powered by its only available engine, a 3.6-liter V-6, and a since-discontinued five-speed automatic transmission. The new Wrangler’s performance was measured with the available 270-hp, 2.0-liter turbocharged four-cylinder engine, featuring engine stop-start, mated to an eight-speed automatic transmission. That engine achieves an EPA combined fuel economy rating of 21 mpg, three mpg better than its predecessor.

Material choices also contribute to the new Wrangler Unlimited’s greener performance. Its ferrous metal content was reduced to 54 percent from 68 percent in the previous-generation vehicle. Non-ferrous metal content, which contributes to weight reduction and corrosion resistance, increased to 20 percent, from 12 percent.

Combined, the improvements have the potential to account for a 14-metric-ton reduction in greenhouse gas emissions—equivalent to the emissions of three passenger cars for a year, or 7.7 tons of coal burned in a power plant, or powering 2.4 average American homes for a year.

Determinations are based on 150,000 miles of operation.

The 2.0-liter turbocharged I-4 is also available in the Jeep Cherokee midsize SUV. To accommodate its continued proliferation across the FCA lineup, the Company is committing $400 million to produce the engine at a former transmission plant in Kokomo, Ind.

The results of this latest GWP analysis come on the heels of FCA’s 2019 Sustainability Report. Distributed on April 16, it says the company further reduced its environmental footprint around the world.

Among the highlights, FCA cut its water use by nearly 40 percent, compared with 2010. Over the same time period, the company also shaved its carbon footprint by 27 percent, and slashed waste generation by 64 percent.

More about FCA at www.fcagroup.com.