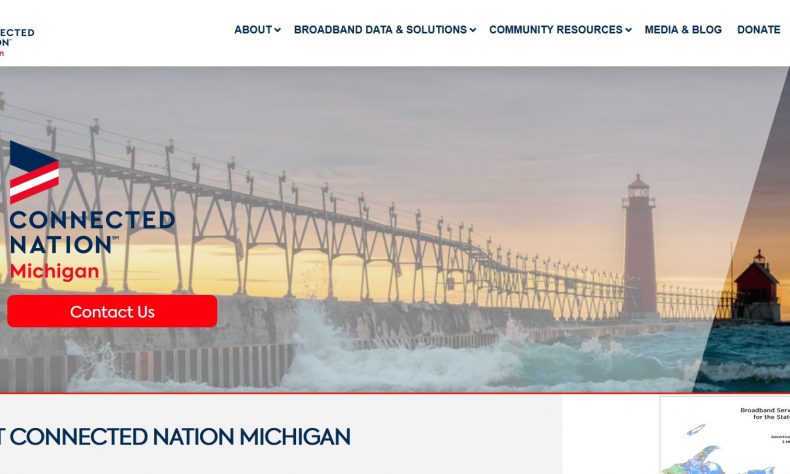 This prestigious national award recognizes individuals who demonstrate exceptional and innovative leadership in the application of broadband and related technologies.

“Robin has worked tirelessly to find innovative solutions for connecting more families and businesses across Michigan to high-speed internet,” said Eric Frederick, executive director of Connected Nation Michigan. “Our nonprofit has worked with her since 2009. In that time, I’ve seen her use her role at the Commission to advocate for all Michiganders by implementing the State Broadband Initiative program, advising the 21st Century Infrastructure Council and the Michigan Consortium of Advanced Networks, contributing significantly to the 2018 Michigan Broadband Roadmap and the Connecting Michigan Communities grant program, among many other accomplishments.”

She was honored during a surprise virtual ceremony that included remarks from Lieutenant Governor Garlin Gilchrist and was attended by CN staff members and leadership.

Ancona has spent her 40-year career dedicated to public service. She first began working for MPSC in 1979 as an auditor, and later transitioned to the Technical Services Division, where she worked on the yearlong audit of the break-up of AT&T, and then the Communications Division, where her work was focused on federal and state issues.

In January 2008, Ancona became Director of the Telecommunications Division—a position that she has held for the last 12 years.

“Our organization has had the pleasure of knowing and working with Robin for more than a decade,” said Tom Ferree, chairman and CEO of Connected Nation. “In that time, we have been inspired by her leadership and influence in matters of broadband policy, at all levels of government: federal, state and local. She is the consummate public servant and is driven by a keen understanding that behind all her work is a person, a community or a business whose life will be better because of her effort to make technology more accessible. Connected Nation is a stronger organization and Michigan is a better-connected state because of her tireless efforts.”