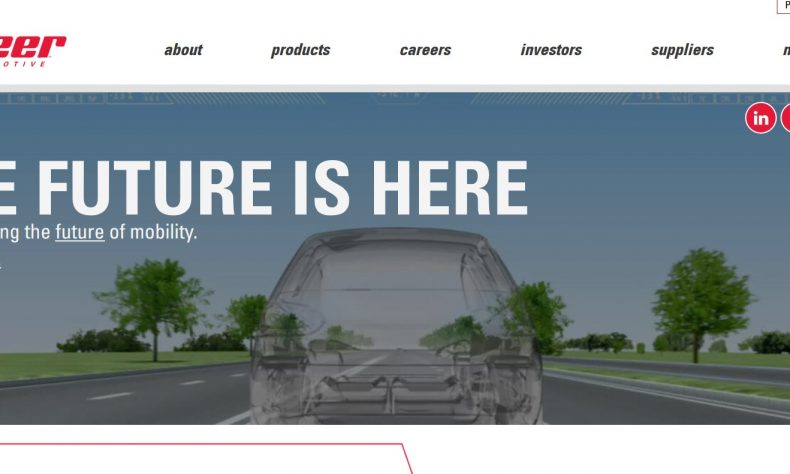 Company officials said results were impacted by falling light vehicle production across all regions, led by a decline in China, as well as the General Motors UAW strike in the United States, reduced revenue from a North American customer’s vehicle platform transition, and unfavorable foreign currency translations.

“While the macro environment broadly impacted the automotive industry in 2019, united as a strong and resilient One Nexteer team, we navigated the year’s challenging landscape and continued to position Nexteer for future success,” said Nexteer CEO Guibin Zhao. “As a leader in intuitive motion control, we are focused on winning the long game and believe our strategies for profitable growth will benefit Nexteer and our shareholders over the long term.”

During 2019, Nexteer secured $7 billion in new bookings of which 50 percent were conquest awards. Notable expansion was achieved in Europe.

Nexteer further diversified across customers, products and markets with 45 customer program launches during the year(compared to 22 launches in 201).These programs spanned multiple customers, product lines, and regions – including Nexteer’s first brush electric power steering launch in India, as well as the first EPS launch from Nexteer’s new production facility in Morocco.

Geographic expansion included the opening of the Asia Pacific Technical Center in Suzhou, China in January 2020, as well as a software center in Bengaluru, India and EPS production facilities in Liuzhou and Wuhan, China in 2019. In addition, Nexteer’s new Morocco plant went from field to factory in 10 months and launched its first EPS program in late 2019.

Nexteer is also exploring shuttling goods through a development partnership with a leader in Last Mile Delivery Services. Nexteer is leveraging its 10 FIT Steering Systems and dual-path processing software for a test fleet application in 2020.

In addition, Nexteer teamed with Continental, CNXMotion (a Nexteer-Continental joint venture) and others on an autonomous people mover project.

While Nexteer’s annual results focus on its fiscal year ended Dec. 31, company officials said they were actively monitoring and responding to the rapidly developing worldwide situation regarding COVID-19. During the course of February and March 2020 many of the company’s  customers announced plans to temporarily close production in China, Europe and North America.  As a result, the company is coordinating closely with each of its impacted customers and is adjusting production at its manufacturing and supporting facilities in the United States, Mexico, China, Poland and elsewhere as necessary.

Nexteer is unable to predict additional impact of the COVID-19 pandemic at this time due to the dynamic situation and undefined impacts on afflicted regions’ economies as well as the inherent difficulty in predicting potential impact on the company’s facilities, employees, customers, suppliers and logistics providers.