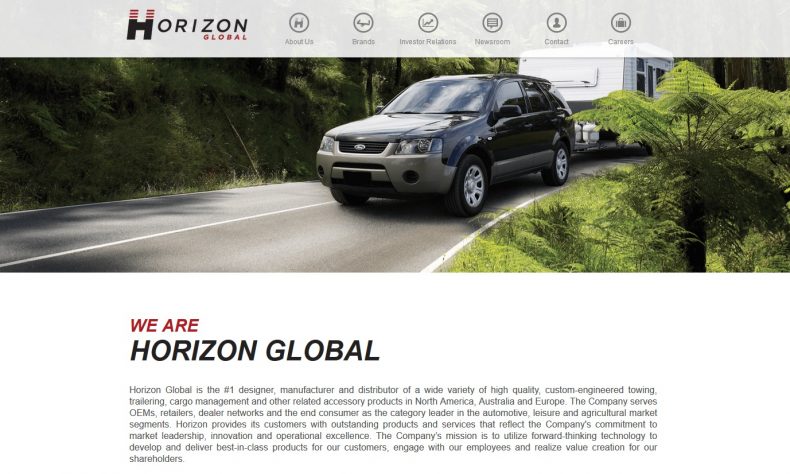 “Since my appointment as CEO in September 2019, I am encouraged by the progress we have made,” stated Terry Gohl, Horizon Global president and CEO. “We are executing our operational improvement initiatives across all facets of the business and we continue to identify new opportunities every day. We are moving with speed and purpose to improve our underlying operations and service to our customers. We expect that our progress will result in substantially improved margins and free cash flow, and, importantly, create value for our shareholders in 2020 and beyond.”

The company announced the appointment of Dennis Richardville as CFO. Richardville was CFO at Dura Automotive Systems, controller and CFO at International Automotive Components and held positions earlier at Lear Corp., MSX International and Hayes Lemmerz International. The company also announced that Richard Jok, who is currently on medical leave and has been serving as the company’s interim CFO since Dec. 13, 2019, will return to his role as the company’s vice president for financial planning and analysis.

For Horizon Americas, sales were $72.1 million, up $1.2 million or 1.6 percent in the foruth quarter of 2018. Net sales in the automotive OEM and e-commerce sales channels were up a combined $5.3 million, partially offset by a combined $4.2 million decrease in sales in the retail, industrial and aftermarket sales channels. Gross profit increased $3.4 million, in part due to reduced fines and penalties in the retail sales channel, partially offset by $3.5 million of increased scrap costs and inventory reserves. Operating loss was $16.2 million as compared to $11.6 million during the prior-year comparable period, with gross profit improvement more than offset by a one-time $6.5 million SG&A expense due to the abandonment of an automated stock retrieval system operating lease.

Horizon Europe-Africa posted sales of $70.2 million, up $3.4 million or 5.1 percent from the prior-year period. Net sales in the automotive OEM, automotive OES and aftermarket sales channels were up a combined $7 million. The increase in net sales was partially offset by a $3.2 million decrease attributable to sales in 2018 from a non-automotive business that was divested in the first quarter of 2019. After removing the impacts of currency translation, net sales on a constant currency basis increased $5.7 million, or 8.6 percent. Gross profit decreased $0.7 million, due to an unfavorable shift in sales mix to lower margin automotive OEM business, coupled with $2.6 million of increased scrap costs and inventory reserves. Operating loss was $12.2 million compared to $16.5 million during the prior-year comparable period.