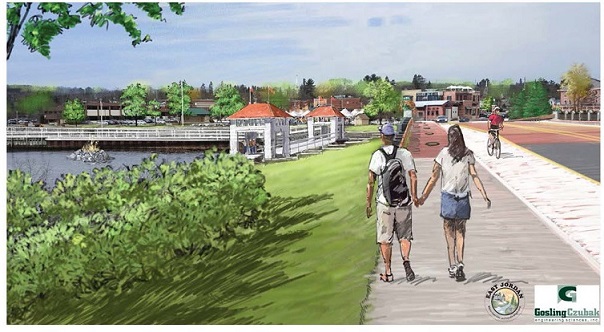 LANSING–Support for programs that will further grow Michigan’s entrepreneurial ecosystem and projects that will transform community spaces across Michigan gained approval from the Michigan Strategic Fund, the Michigan Economic Development Corp. announced today.

MEDC’s business attraction “Pure Opportunity” campaign focuses on peer-to-peer testimonials, featuring CEOs and leaders from across Michigan who convey the value and competitive advantage of doing business in our state. Appearing in national print, social and digital media, these testimonials also serve as the foundation of a digital and social campaign promoting Michigan as the place to do business.

Projects approved by the Michigan Strategic Fund include the following:

Brick Street Lofts, LLC plans to redevelop three blighted buildings in downtown Albion to add eight new residential units and enhanced commercial space and a reconstructed façade. The project is expected to generate a total capital investment of $3 million and create four full-time equivalent jobs, promote mixed-use development and walkable communities and attract new and retain existing businesses in the community. As a result, the project has been awarded a Michigan Community Revitalization Program performance-based grant of $931,534. MSF also approved $217,388 in state tax capture for the Albion Brownfield Redevelopment Authority to remediate brownfield conditions at the site. In addition to MSF support, local support for the project includes the local portion of the Brownfield Act 381 Work Plan with an anticipated value of $365,812, which is approximately 62 percent of the total Act 381 request. The city of Albion is certified with the MEDC’s Redevelopment Ready Communities program. The project is in a Michigan Geographically Disadvantaged Business Location.

The city of Plainwell has been awarded a $5.1 million Community Development Block Grant to assist with final demolition for the remaining buildings on the 36-acre site on the city’s west side, between Allegan Street and the Kalamazoo River, that was once home to Plainwell Paper. After closure, the city purchased the mill to ensure that it would be redeveloped consistent with community goals. These goals include developing a regional asset by creating jobs, housing, recreational opportunities and increased services. The city will make every effort possible to recycle or reuse all appropriate materials. Upon completion of the final phase the city will work with the MEDC’s Redevelopment Services team to market the property for mixed-use development and recreation along the Kalamazoo River.

The city of Ironwood has been awarded $1,475,927 in Community Development Block Grant funds for its plans to transform a vacant downtown lot into an active community space that will serve residents of Ironwood and the western Upper Peninsula. The Downtown City Square is expected to increase outdoor, year-round activity and will spur increased private investment and economic activity. With placemaking amenities such as an amphitheater, an ice rink in the winter, a location for food truck vendors and more, it is expected that the space will be a regional destination. The CDBG funds will be used to assist with public facilities improvements needed for the project. In addition, the city will make a minimum anticipated contribution of $201,100 totaling 12.2 percent of the total project costs.

The city of East Jordan has been awarded $2,209,430 in Community Development Block Grant funds to support its plans to create a public waterfront pocket park to anchor the west side of Lake Charlevoix and the Jordan River located in Charlevoix County. The project will also include a new public waterfront park with a boardwalk, an elevated pedestrian bridge with pavilions, and streetscape improvements. Redevelopment of the corridor will reallocate the existing three vehicle lanes into two lanes with adjacent bicycle lanes. The remaining property in conjunction with the project will be available and marked as a priority redevelopment site with the city’s partnership of MEDC’s Redevelopment Ready Communities Program. The CDBG funds will be used for public facilities improvements needed for the project. In addition to MSF support, the city of East Jordan will make an anticipated contribution of $243,826 which is 10 percent of the total public facility project costs.

Grand Rapids-based Jedco Inc. received a $1.9 million collateral support agreement to support the continued growth of the manufacturer of gas turbine engines and other components to the aerospace industry. The company is experiencing significant growth and needs to increase production by adding machinery and equipment as well as invest, recruit and train new workers. The company also plans to move to a larger facility in Grand Rapids in early 2021. The company plans to add 27 employees within the next six months and an additional eight within the next two years. In March 2018, Jedco was awarded a $215,000 Michigan Business Development Program performance-based grant for the creation of 39 highly-skilled jobs and $9.3 million in private investment in the Grand Rapids area.

The MSF also approved more than $2 million in funding and extensions to university research grants and business incubators.

Funding and extensions approved by the MSF include:

The Gateway Representative (GWR) Business Incubator grant program is designed to support Michigan’s 21 SmartZones. The program was developed in 2015 in response to the need for a key point of contact at the SmartZones who is experienced in working with high-tech startups and understands the statewide high-tech entrepreneurial ecosystem. The GWR is responsible for introducing tech companies to the local ecosystem, recruiting and developing companies, helping with fundraising efforts and federal grant support, and connecting companies with available resources.

Established in 2014 to support students and regional entrepreneurs in developing and launching their high-tech ideas, Invent@NMU is Northern Michigan University’s business incubator. In 2017, the incubator partnered with the Innovate Marquette SmartZone and expanded its services to support tech entrepreneurs across the Upper Peninsula. The grant extension awarded by the MSF will allow Invent@NMU to support one year of operations, including project marketing, consultants and other administrative expenses. Since July 2017, the program has provided services to 25 tech businesses, created seven companies, attracted more than $165,000 in follow-on-funding, and supported $84,730 in new sales.

The University Early Stage Proof of Concept Fund, administered by Michigan State University, awards grants to university faculty with early stage technology ideas to encourage the development of competitive-edge technologies to create startups and new jobs in Michigan. The program provides matching funds that create a strong incentive for faculty with early stage technologies at Michigan universities to engage with their university’s technology transfer office to assist in the achievement of critical early stage milestones which will lead to commercialization activities. As of September 2019, the program has reviewed 44 proposals, funded 35 projects, awarded five licenses and issued two patents, secured more than $1 million in follow-on-funding, and supported seven of Michigan’s major research universities.

Located in Flint, the Ferris Wheel provides entrepreneurial and innovation support to all entrepreneurs and startups in the region. Using 100K Ideas, the nonprofit arm of the Ferris Wheel, college students are hired to work with the entrepreneurs and startups to help develop their product, software or service beginning at the idea stage. This includes an initial business assessment, along with research, design and engineering support. The C.S. Mott Foundation in Flint will also provide an additional cash match in the amount of $325,000 for additional support. Between April 2017 and October 2019, the Flint Ferris Wheel has received 485 idea submissions, completed 384 assessments, created 29 new companies, produced 10 new jobs, and attracted $1.45 million in follow-on-funding

For more information on the MEDC and its initiatives, visit www.MichiganBusiness.org.