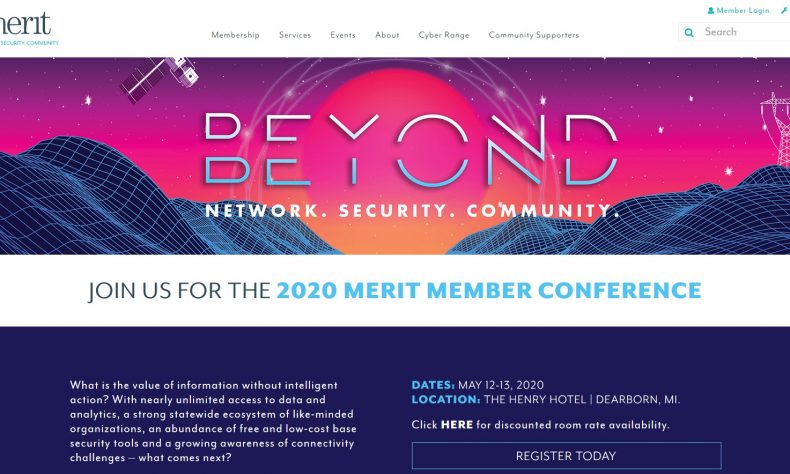 ANN ARBOR—Merit Network Inc., Michigan’s oldest internet service provider and a pioneer in connectivity and digital advances, announced keynote speakers for its annual Merit Member Conference, to be held Tuesday and Wednesday, May 12 and 13, at The Henry Hotel in Dearborn.

Keynoters include Matthew Rantanen, director of technology at the Southern California Tribal Chairmen’s Association; Sophie Brueckner, assistant professor at the Stamps School of Art & Design at the University of Michigan; and Jonathan Strickland, executive producer and podcast host at iHeart Radio.

Rantanen is also the lead in partnering and business development at Arcadian Infracom (arcadianinfra.com), a fiber infrastructure company, building long-haul fiber assets through rural America and Native American communities. He is of Cree (First Nations, Canada), Finnish, and Norwegian decent, and is considered an expert on community and tribal wireless networking. He is an advocate for net neutrality, broadband for everyone, and opening more spectrum for public consumption, always looking out for the unconnected. Rantanen helps the 20 member tribes of SCTCA with technology development and strategy, to bring their nations to the current level of communications.

Rantanen was appointed co-chair of the Technology and Telecom Subcommittee of the National Congress of American Indians and was named to the FCC Native Nations Broadband Task Force in 2011, serving two terms. Rantanen also served two terms as chair of Native Public Media.

Brueckner is a futurist, artist, designer, and engineer. Inseparable from computers since the age of 2, she believes she is a cyborg. As a software engineer at Google, she designed and built products used by tens of millions. She received her MFA from the Rhode Island School of Design and MS from the MIT Media Lab where she investigated the simultaneously empowering and controlling aspects of technology with a focus on tangible and social interfaces.

At the University of Michigan, she teaches Sci-Fi Prototyping, a course combining sci-fi, prototyping, and ethics. Her work has been featured internationally by Artforum, SIGGRAPH, The Atlantic, Wired, NPR, Eyeo, the Peabody Essex Museum, Portugal’s National Museum of Contemporary Art, and more. Brueckner is the founder and creative director of Tomorrownaut, a creative studio focusing on speculative futures and sci-fi-inspired prototypes.

Strickland’s love for technology began in his childhood. Both of his parents are authors and retired teachers. Strickland would jump on the family computer (an Apple IIe) whenever his parents weren’t working on a novel or short story. He was fortunate to grow up in a household that emphasized the importance of curiosity and critical thinking.

Strickland attended the University of Georgia, where he majored in English literature with a focus on works from the medieval period up through the renaissance. He followed the tech world closely, jumping onto the Internet as soon as he could (for the record, he thought telnet was the way to go and that whole World Wide Web thing would just be a fad).

In 2007, he joined HowStuffWorks.com, quickly becoming the head writer for the computer and electronics categories. In 2008, he launched the TechStuff podcast, which has published more than 1,200 episodes and covered everything from quantum physics to the ancient toilets of Skara Brae.

Merit Network owns and operates America’s longest-running regional research and education network. It was established by the Michigan State University, the University of Michigan, and Wayne State University in 1966 to connect the three schools’ mainframe computers. Since its formation, Merit has evolved to own and operate America’s longest-running regional research and education network, providing services to universities, colleges, K-12 schools, libraries, state government, health care and other nonprofit institutions. More at www.merit.edu.