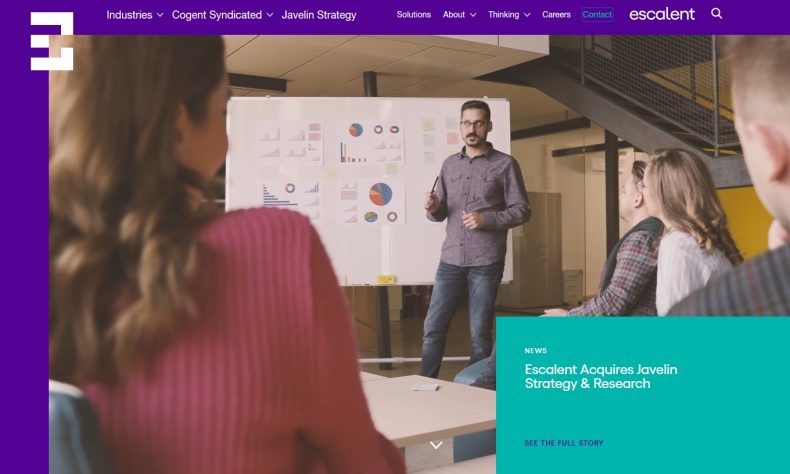 LIVONIA—Escalent, a human behavior analytics firm, announced the publication of a report outlining consumer expectations of battery electric vehicles (BEVs) and their viability as replacements for traditional gasoline-powered cars, or internal combustion engine (ICE) vehicles, among buyers in the United States and Europe. The report, titled The Future of BEV: How to Capture the Hearts and Minds of Consumers, reveals the intent among many consumers to abandon ICE vehicles altogether, citing the improved infrastructure and range of BEVs.

The Future of BEV gives auto and mobility manufacturers a strategic view of the benefits of their products in the eyes of consumers and highlights the areas of opportunity for automakers to push the innovation boundaries of BEVs to spur broad adoption of the technology.

“While most buyers don’t plan to choose BEVs over gasoline-powered cars within the next five years, consumers have told us there is a clear intention to take BEVs seriously in the five years that follow,” said Mark Carpenter, joint managing director of Escalent’s UK office. “However, manufacturers will need to tap into the emotional value of BEVs rather than just the rational and functional aspects to seize on that intent and inspire broader consumer adoption.”

The study demonstrates a significant shift in consumers’ expectations that BEVs will become viable alternatives to—and competitors with—ICE vehicles over the coming decade. Though 70 percent of Americans plan to buy a gasoline-powered car within the next year, just 37 percent expect to make that same purchase in five to 10 years. Similarly, while 50 percent of European consumers favor buying vehicles powered by gasoline and diesel in the near-term, that figure drops to just 23 percent in five to 10 years.

At the same time, consumers on both sides of the Atlantic see BEV adoption rising to 36 percent in Europe and 16 percent in the U.S., with respondents also indicating intent to purchase hybrids and hydrogen-powered cars.

Infrastructure clearly continues to be one of the biggest barriers to adoption. While some work is being done in Europe as well as in the US, the data show there is a significant need for some players to take ownership if manufacturers want to move the needle on BEV adoption.

In one, Escalent interviewed a sample of 1,012 consumers from Germany, Spain and the United Kingdom aged 18 and up between June 25 and July 9, 2019. Respondents were recruited from the Full Circle opt-in online panel of European adults and were interviewed online. The data were weighted by age, gender, and census region to match the demographics of the European population.

In the other, Escalent interviewed a U.S.-based sample of 1,000 consumers aged 18 and up in May 2019. Respondents were recruited from the Dynata and Ipsos panels of US adults and were interviewed online. Quotas were put in place to achieve a sample of age, gender, income, and ethnicity that matches the demographics of the US population.

Due to their opt-in nature, these online panels (like most others) do not yield a random probability sample of the target population. As such, it is not possible to compute a margin of error or to statistically quantify the accuracy of projections. Escalent will supply the exact wording of any survey question upon request.