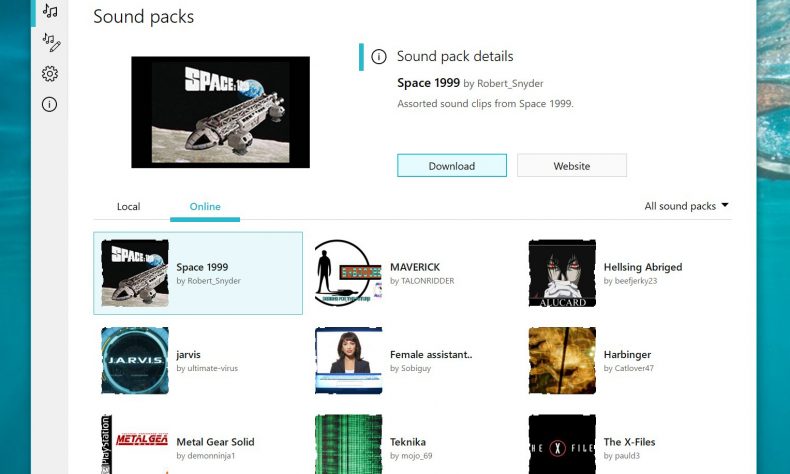 SoundPackager 10 adds cloud access to thousands of different sounds along with a number of all-new sound packages designed to give Windows users additional choices in how their PC sounds. Users can also create their own sound packages to share with others via an in-app editor.

“At this point we think a lot of Windows 10 users are ready for some variance in their PC sounds,” said Brad Wardell, CEO of Stardock. “SoundPackager 10 not only includes several professionally produced alternative sound schemes for Windows, but also direct access to literally thousands of sounds created by users across the world.”

SoundPackager will be released next month to all users for $4.99.  The beta version is available to subscribers of Stardock’s Windows enhancement suite, Object Desktop, now. Visit www.soundpackager.com to learn more.

Stardock Software has been developing desktop enhancements for more than 20 years, including products such as WindowBlinds, DesktopX, ObjectDock, IconPackager, Fences, DeskScapes, Multiplicity, and more. For more information, visit www.stardock.com/products.