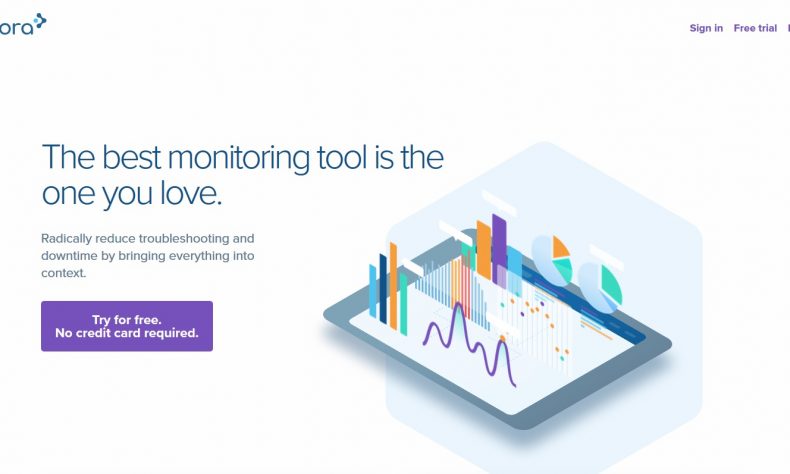 GRAND RAPIDS—Blue Medora, the provider of IT performance data as a service, reported  that it closed a record-breaking year in 2019 with sharp rises in revenue, customer acquisition,  and product innovation, as well as adding key hires to its executive staff.

Officials with the Grand Rapids-based company said its total customer base grew 60 percent in 2019, resulting in over 550 total customers worldwide, in industries spanning government, healthcare, telecommunication, finance, and retail. Monthly recurring revenue increased 52 percent as a result of this strong customer growth.

To drive this momentous growth, the company expanded its executive team by welcoming Bekim Protopapa as CEO, Carol Volk as chief marketing officer, and Greg Pattison as general manager.

Protopapa joined Blue Medora in October, bringing over 20 years of leadership experience from companies in systems management, networking, security, including roles at NetIQ, BladeLogic, Blue Coat Systems, Cymtec and Mimecast. During his tenure at NetIQ, the company grew from a small startup to a public company with $250 million in revenue, and made several strategic acquisitions. While at Blue Coat Systems, the company experienced a period of unprecedented growth, expanding from roughly $100 million in annual revenue to over $400 million in under four years. Lastly, as general manager and COO of Mimecast in North America, he was part of  one of the NASDAQ’s most successful IPO’s in 2015.

Volk joined Blue Medora in July from cybersecurity leader Stealthbits, where she ran marketing, growing marketing-sourced revenue from near zero to more than 30 percent. Prior to Stealthbits, Volk held marketing and product management positions at Oracle and RightNow Technologies. Volk also co-founded and ran a startup that provided premiere sales and marketing tools for high tech sales organizations, focusing on Fortune 500 organizations that included Microsoft, IBM, Hewlett Packard, Cisco, Siemens, D&B, and Johnson Controls. Prior to this, Volk held product development and other technical positions at Voxware, McAfee and Prudential Investments.

Greg Pattison returned to Blue Medora in July to lead the True Visibility Group business unit. Pattison leverages his past experience in product development for the automotive, finance, computer and paper industries to produce IT monitoring systems. Pattison served in the United States Navy as a nuclear power plant supervisor for six years prior to getting his computer engineering degree. He has worked for Mead, Burke Porter, and Atomic Object before joining Blue Medora.

“Blue Medora continues to deliver strong operating results, and product innovation that solves real customer problems,” Protopapa said. “2019 was no different, and we accelerated in several key areas. The pace of product innovation throughout the year was a significant component in driving the momentum we experienced. On average, we brought to market one new metrics or logs source per week. It’s clear our rapid product development is resonating with our users given the impressive year over year growth in our customer base.”

In addition to the standard operating benchmarks, Blue Medora has always had a deep tradition of giving back to the western Michigan community it calls home. A sampling of the organizations Blue Medorians are proud to work with includes:

To learn more about Blue Medora visit https://bluemedora.com or request a demo of True Visibility or BindPlane.