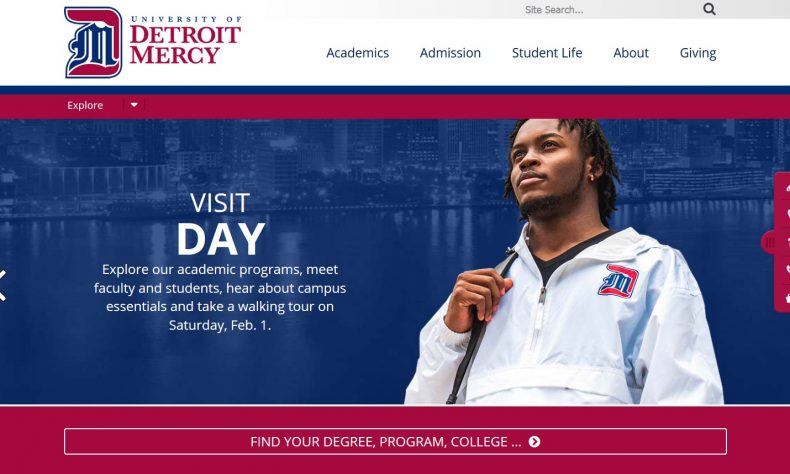 DETROIT—University of Detroit Mercy’s College of Business Administration will host a public presentation by Denise Morrison, former president of Campbell Soup Co. This special engagement is Wednesday, Feb. 26, at 5:30 p.m. in the Student Union Ballroom on the McNichols Campus.

Morrison’s presentation is titled “Leadership, Ethics and Social Responsibility: A Recipe for Success.” This event is free and open to the public.

During her esteemed career, Morrison served as president and chief executive officer of Campbell Soup from 2011 through 2018 and has received a number of honors and accolades for her work. Fortune magazine named her the 20th Most Powerful Woman in Business and Forbes magazine named her one of the 100 Most Powerful Women in the World. In addition, the Reputation Institute ranked Morrison as one of the 10 Most Reputable CEOs in the World for 2018—and the only woman on the list—while ranking Campbell Soup the No. 11 most reputable company in America.

Her discussion is the first of a new national speaking series offered through the business college’s Center for Practice & Research in Management & Ethics (PRIME), which opened in October 2019. During the October grand opening, Joseph Eisenhauer, dean of the college, and Evan Peterson, the Arnold Jarboe Chair of Business Administration, announced that Morrison would be the center’s inaugural speaker.

Eisenhauer said Morrison “embodies the business ethics that our college promotes and that are so critical in our world today. And her successful leadership of an iconic American company clearly demonstrates that social responsibility is good for business.”

Added Peterson: “We are truly hitting the ground running in welcoming a speaker of Morrison’s prominence and caliber to launch the PRIME Center speaker series. This event will provide members of the Detroit Mercy community with a rare opportunity to engage with a world-renowned business leader. I look forward to welcoming her and future speakers to our campus.”

To make a reservation for this event, visit https://prime-center-speaker-series-denise-morrison.eventbrite.com.

For more about the Center for Practice & Research in Management & Ethics (PRIME), visit https://bit.ly/35x01kU.

UD-Mercy is a private Catholic university sponsored by the Religious Sisters of Mercy and the Society of Jesus (the Jesuits). Today’s University boasts the heritage of two founding institutions: the University of Detroit, founded in 1877 by the Jesuits, and Mercy College of Detroit, founded by the Sisters of Mercy in 1941. The two consolidated as University of Detroit Mercy in 1990. Detroit Mercy offers more than 100 undergraduate, graduate and professional academic degrees and programs through seven schools and colleges.