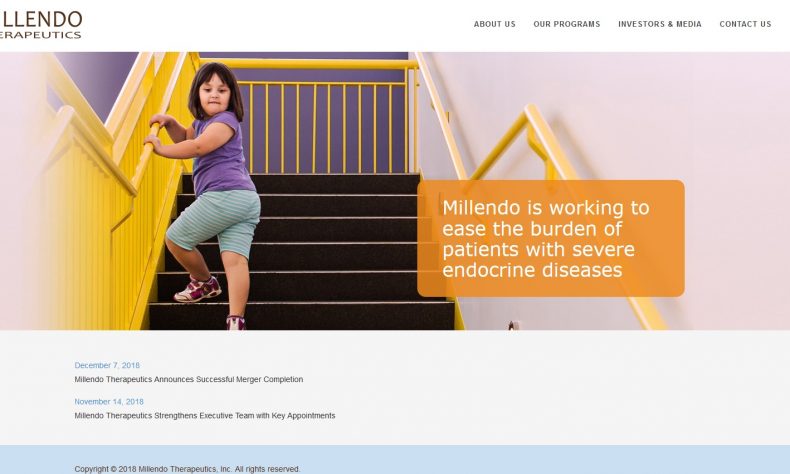 ANN ARBOR—Millendo Therapeutics Inc. (Nasdaq: MLND), the developer of new endocrine drugs, announced the promotion of Thomas Hoover to the newly created position of chief commercial officer. Hoover joined Millendo in 2016 and has served as the company’s senior vice president of commercial strategy.

“Tom has been instrumental in Millendo’s growth to date, and his promotion reflects his expanded responsibilities as well as his many contributions to the company,” said Julia C. Owens, president and CEO of Millendo. “His guidance and leadership on our commercial strategy will be invaluable as we transition to a new stage as an organization and lay the foundation for market readiness in advance of clinical and regulatory milestones for livoletide.”

Said Hoover: “With our pipeline assets in development, including livoletide, Millendo has the potential to address significant gaps in the treatment of rare endocrine diseases, and it’s my pleasure to continue to serve those patient populations. As the company’s growth continues, we will be adding world-class talent to our team in order to support our efforts to bring breakthrough therapies to patients, families, caregivers and healthcare providers.”

As chief commercial officer, Hoover will be responsible for the company’s marketing, sales, patient engagement and managed markets functions. Hoover previously served as vice president of new products planning and corporate development at Sunovion Pharmaceuticals, formerly Sepracor, where he was responsible for product portfolio management and business development. Prior to Sunovion, Hoover was senior director in the global commercial strategy group at GlaxoSmithKline, where he provided commercial insights into research and development decision making. Before starting his pharmaceutical career, he spent four years at the Boston Consulting Group. Hoover holds a Bachelor of Arts in economics from Harvard College and an MBA from the Kenan-Flagler Business School at the University of North Carolina at Chapel Hill.

Prader-Willi syndrome is a complex genetic condition that affects many parts of the body. In infancy, this condition is characterized by weak muscle tone, feeding difficulties, poor growth, and delayed development. Beginning in childhood, affected individuals develop an insatiable appetite, which leads to chronic overeating and obesity.

Congenital adrenal hyperplasia (CAH) is a group of inherited genetic disorders that affect the adrenal glands. A child with classic CAH may experience: