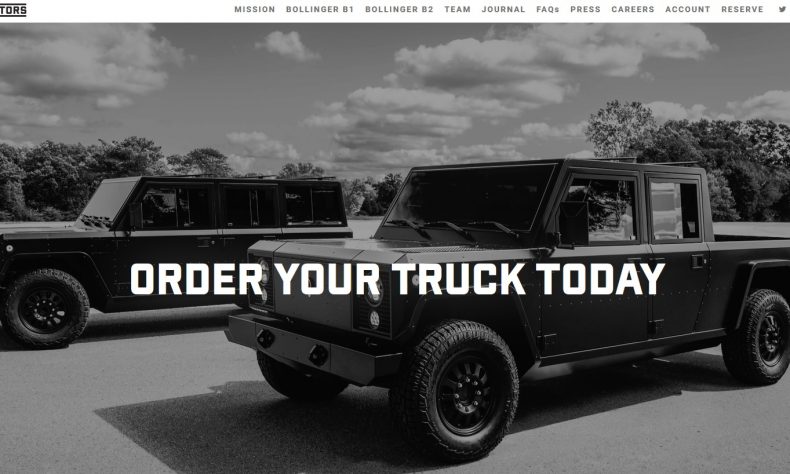 FERNDALE—Bollinger Motors announced it had filed for patent protection for its all electric, all-wheel drive, Class 3 vehicles. The scope of the patent includes the entire vehicle, and gives particular emphasis on the specific arrangement of major components and subsystems.

“Our team has created a vehicle that’s engineered and packaged unlike anything ever built,” said CEO Robert Bollinger. “Filing this patent will help protect that hard work, and help showcase the outstanding engineering capabilities of our company.”

The patent claim argues that the vehicle’s design, capabilities and features are highly differentiated from any other volume production vehicle. For example, the way large components—including motors, inverters, gearboxes, and chargers—are arranged centrally and symmetrically results in a desirable effect on the vehicles’ center of gravity.

The technical content contained in the application provides substantial competitive advantage and adds to a growing portfolio of intellectual property for Bollinger Motors.

Items contained within the patent include mechanical and electrical architecture, electric drivetrain, modes of operation, configurability, and common vehicle platform with multiple embodiments

Founded in 2015 by Robert Bollinger, Ferndale-based Bollinger Motors will manufacture the world’s first all-electric, on- and off-road trucks, the B1 Sport Utility Truck (SUT) and the B2 Pickup Truck. Its first prototype, the two-door B1, unveiled in 2017, is displayed at The Peterson Museum in Los Angeles, as part of the ‘Alternating Currents’ exhibit, open to the public through October 2020.