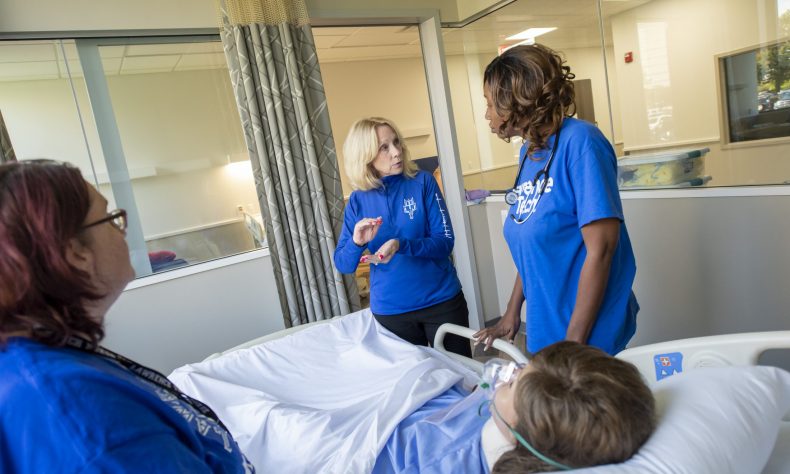 SOUTHFIELD—Lawrence Technological University’s Bachelor of Science in Nursing program has been ranked in the top third of Michigan nursing education programs — even before the program has graduated its first students.

In only its third year, LTU’s nursing program was ranked No. 22 among 79 nursing education programs in Michigan, according to Nursing Schools Almanac, an online ranking service for nursing schools.

Lawrence Tech began accepting students into its BSN program in August 2017. The program, a partnership with the healthcare nonprofit Ascension Michigan and its six hospitals in southeast Michigan, will graduate its first nurses in May 2021.

“The fact that this young program is already ranked so highly is a testament to the efforts of our staff, students, and our partners at Ascension Michigan,” LTU President Virinder Moudgil said. “The program offers direct admission to nursing education from Day One, without spending the first two years in a general-education pre-nursing program. It offers a close relationship with a recognized healthcare leader in Ascension. And it offers the unique advantage of a nursing education at a technology-focused university.”

Added M. Therese Jamison, the program’s founding director: “Implementing a BSN curriculum with a framework of relationship-based care provides faculty, staff, and especially our students an opportunity to change health outcomes for the patients, families, and the communities we serve. We are so grateful for the partnership between LTU and Ascension Michigan, and their combined commitment to excellence. LTU has a prestigious legacy that enhances the preparation of future nurses, and Ascension Michigan’s exceptional, integrated, holistic approach to care supports the conceptual model of this BSN program.”

And Joseph Hurshe, interim chief operating officer of Ascension Michigan, said: “It is our pleasure to work closely with Lawrence Technological University to prepare students to become nurses that will possess the skills necessary to meet the ever increasing demands of today’s healthcare landscape.”

Nursing Schools Almanac ranks more than 3,000 nursing programs nationwide. The rankings are based on an institution’s academic prestige and perceived value, measured by ability of graduates to repay student debt, professional designations, grant funding for nursing research, and years in operation; the breadth and depth of nursing program offered; and student success on licensing examinations. Nursing Schools Almanac is part of New York City-based Almanac Media LLC, founded in 2013. It began publishing nursing school rankings in 2016.