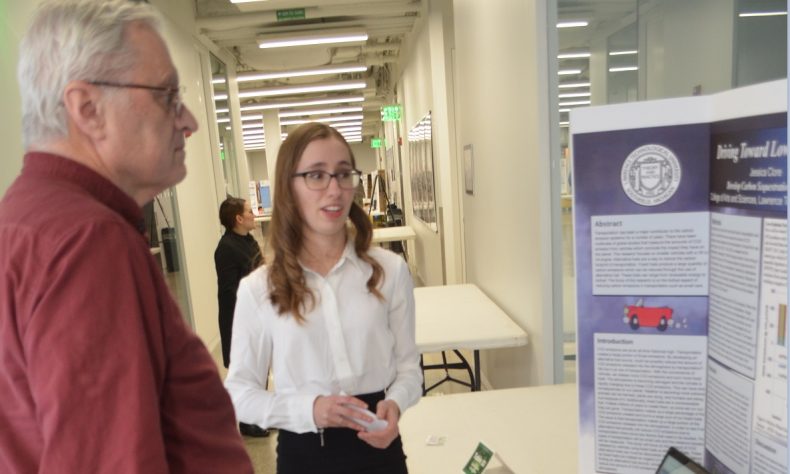 SOUTHFIELD—Four Lawrence Technological University students won top prizes in a federally sponsored research competition to help solve some of the “Grand Challenges” of civilization in the 21st Century.

Lawrence Tech is one of only two engineering schools in Michigan to implement the Grand Challenges Scholars Program—and the only university in the country to include humanities majors in the effort, according to Jason Barrett, chair of the Department of Humanities, Social Sciences, and Communications in LTU’s College of Arts and Sciences.

“The problems of the 21st Century are too big for people in any one field to solve,” Barrett said. “Solutions will come only through working across disciplines, including engineering, the sciences, entrepreneurship, and design.”

At Lawrence Tech, first-year humanities students taking a required class in “Pathways to Research Careers” were asked to design a research project that would help someone in their major solve one of the Grand Challenge’s 14 problems facing society. Second-year engineering students taking a course in entrepreneurial engineering also participated. LTU faculty and outside experts voted the following four winners out of nearly 100 entries: