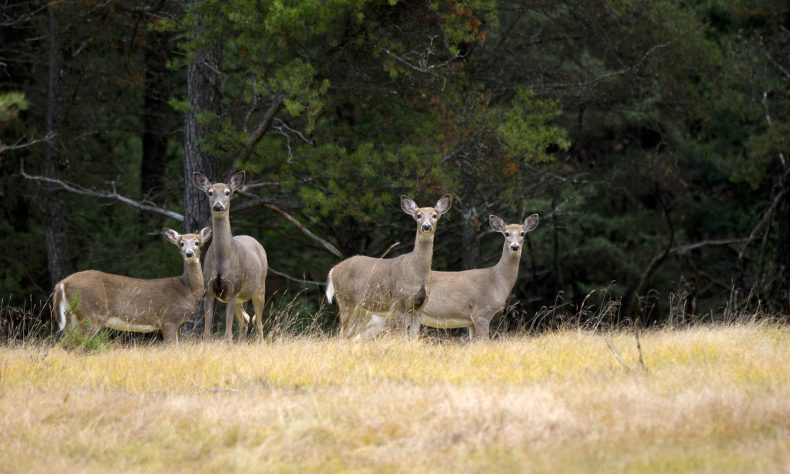 LANSING—The Michigan Department of Natural Resources announced at the start of firearms deer season that it is taking several steps to fight chronic wasting disease, which threatens the state’s deer, moose, elk and cattle populations.

For CWD, the DNR and partners including Michigan State University, have designated funding, resources and personnel to stop the spread of CWD while emerging as a national leader in disease testing, research and management.

CWD is a contagious, fatal disease among the deer, elk and moose (cervid species). The affliction is caused by a normal protein, called a “prion,” that folds incorrectly. Misfolded prions cause a degeneration of the brain, resulting in emaciated deer, abnormal behavior, loss of bodily functions and death. There is no cure for this animal disease. And while there is no evidence of the disease spreading to humans, there are national and international advisories against eating the meat of infected animals.

Last year alone, the DNR tested more than 40,000 deer heads for CWD, about 25 percent of all samples tested in the entire United States. Since testing began, 133 deer in nine Michigan counties have tested positive for the disease. Michigan joins a list of 26 states and three Canadian provinces with confirmed CWD in wild cervid populations.

Among many other proactive steps taken to fight this disease, Michigan—along with Wisconsin—formed a coalition of state and federal natural resource managers, wildlife biologists, veterinarians and social scientists.

Russ Mason, DNR executive in residence and adjunct professor at MSU’s College of Agriculture and Natural Resources, is helping to lead this coalition. Before Mason’s recent appointment through MSU, he oversaw the DNR’s CWD efforts as the department’s longtime Wildlife Division chief.

“By working together in our fight against CWD, we are capitalizing on the talents provided by universities and combining resources across the state and federal government,” Mason said. “This will help us move more quickly to identify solutions that will help us manage this unique disease.”

In addition, the MSU-DNR Chronic Wasting Disease Advisory Group was created in 2018 to identify and fund high-priority CWD research and outreach activities. Recognizing the threat that CWD poses to Michigan’s hunting traditions and local economies, the Michigan Legislature provided $4.3 million in funds in 2019 to support these activities as well as to help fund CWD field surveillance.

In April, the advisory group issued a national call for proposals to seek collaborative research, education and outreach projects to address the most important issues around wildlife disease in Michigan, especially CWD in deer.

This past summer, 11 projects were selected for funding. Some projects are now underway and expected to last one to two years.

“These experts were brought together with the specific objective of creating cross-disciplinary conversation and information sharing,” Mason said. “This first time ever approach was very fruitful and the group will continue to meet so that accomplishments and emerging challenges can be shared.”

Over the next year and beyond, the multistate consortium members will continue to work together to address priorities and improve coordination of research efforts and exchange of information.

Based on the consortium’s strategic planning initiative, another request for proposals for additional CWD research and outreach projects is planned for the near future. A portion of the funding appropriated by the Michigan Legislature remains for these additional projects.