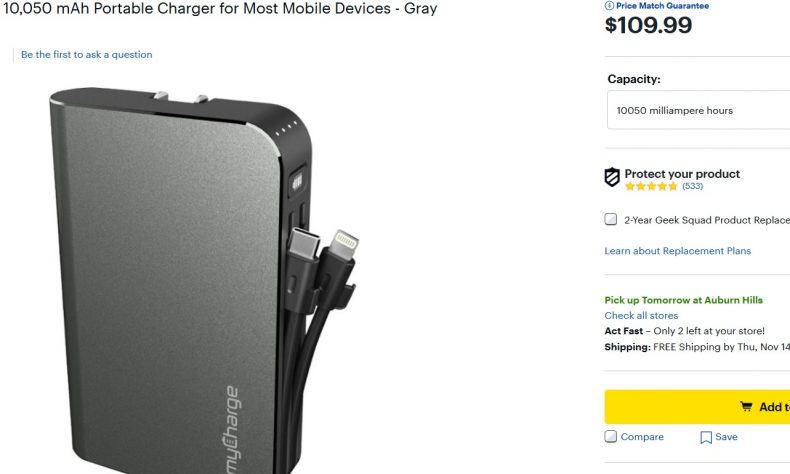 The Hub Turbo 6700 mAh and Hub Turbo 10,050 mAh pair a Lightning cable with a USB-C cable that push both Power Delivery and Qualcomm Quick Charge for a fast recharge. The Hub Turbo is the first powerbank to hit the market with this feature and can recharge any Power Delivery or Quick Charge compatible device 75 percent faster than a traditional charger or power block. Both the 6700 and 10,050 mAh models also feature a USB-A port on their sides that can be used to charge another device with a separate charging cable as well as fold-out wall prongs on the back that can be plugged into a wall outlet to recharge the unit.

Said company president Jim Dara: “We’ve added new combinations of built-in charging cables so now Apple and Android device users can charge via older standards or the new C standard, and we’re also incorporating the latest fast charge technologies so your device battery will be at full capacity again in less time. There isn’t a charging convenience that we have overlooked in the Hub series, especially with the new Hub Turbo powerbanks.”

The Hub Turbo 6700 mAh retails for $89.99 and the 10,050 mAh retails for $109.99. Both are available for purchase at Best Buy or Amazon. More information about the Hub chargers and the entire myCharge product line can be found at http://www.mycharge.com.