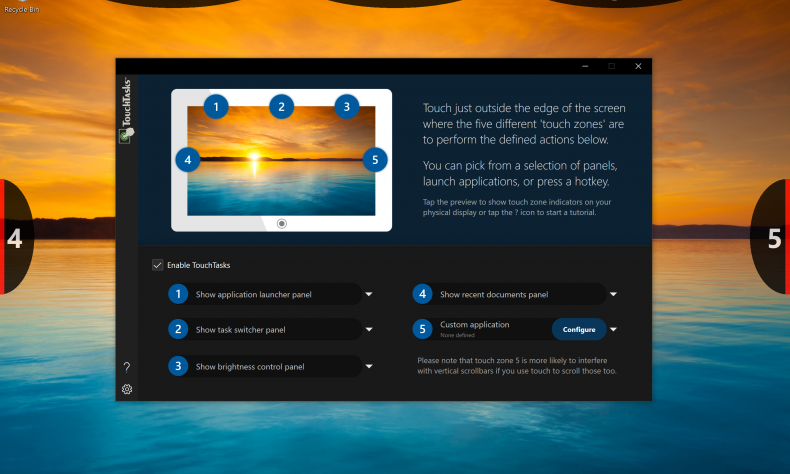 TouchTasks works by taking advantage of the fact that the touch sensitive area of a touch screen is larger than the display part of the screen. As a result, users can launch useful tasks by touching specified zones on the screen.

By default, TouchTasks assigns the left middle edge of the touch screen to bring up a dock for launching apps. The right middle edge is assigned to displaying active windows to switch between. The top right is assigned to bring up the brightness control and the top left brings up the on-screen keyboard. These defaults can be changed to any action the user chooses.

“Using Windows as a tablet has been challenging for some people,” said Brad Wardell, CEO of Stardock. “What we wanted to do is create an app that lets users configure points on the screen edge that work the way they want them to work.”

For example, on the new Surface Pro 7 and the Surface Pro X, the user can slide their finger from the left and right to bring up a screen of tasks and the action center. However, trying to use these devices as pure tablets often requires additional taps when compared to other tablets.

TouchTasks works on touchscreen monitors or devices that run Windows 10. It is available at a special introductory price of $4.99 (originally $9.99) through Stardock.