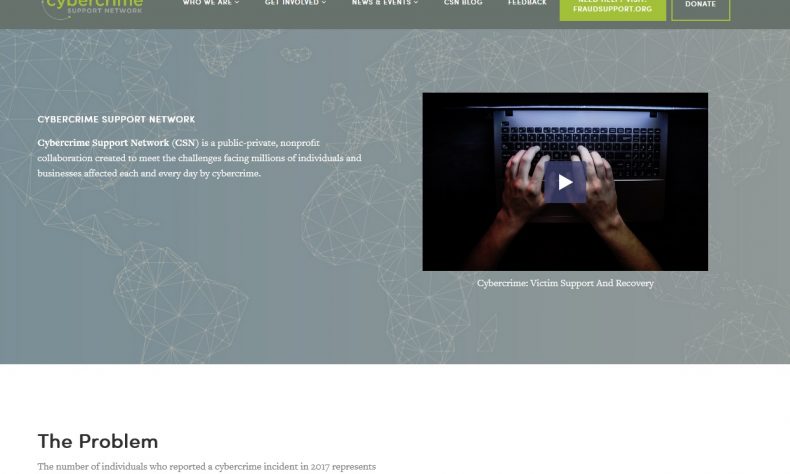 ANN ARBOR—The Cybercrime Support Network announced that it has been funded by the U.S. Department of Justice Victims of Crime Act to expand its Cybercrime Victim Support Initiative to North Carolina, New Jersey, and Mississippi.

The expansion is scheduled to take place early next year.

Millions of American consumers and small businesses are affected by cybercrime each year and struggle to find the resources they need to report, recover, and reinforce their cybersecurity. CSN is using existing “dial 211” infrastructure across the country to connect cybercrime victims with trained specialists who can help them through the reporting and recovery process after a cybercrime occurs.

In 2018, 211s across the United States made more than 12.8 million connections with people needing assistance with housing, food, mental health and other human services. CSN is helping 211s add a new service to help cybercrime victims report and recover from a crime.

In addition to CSN’s existing partners and sponsors, these new partnerships with United Way of North Carolina and NC 2-1-1, NJ 2-1-1 Partnership, and United Way of the Capital Area are key to fulfilling the organization’s mission to improve the plight of Americans facing the ever growing impact of cybercrime. The goal of a nationwide cybercrime hotline would not be possible without the help of these United Way and 211 partners.

“This three-state expansion funding for North Carolina, New Jersey and Mississippi will bring CSN one step closer to our goal of a nation-wide cybercrime assistance hotline by the end of 2021,” said Kristin Judge, founder and CEO of CSN. “Our goal is to see a time when citizens calling 211 for cybercrime assistance will be as commonplace as calling 911 for a health emergency.”

So far, CSN has launched the 211 cybercrime assistance hotline in three states, in partnership with United Way Rhode Island, Heart of West Michigan United Way and Heart of Florida United Way. Victims in Rhode Island; Kent County in Michigan; and Orange, Osceola, and Seminole counties in Florida can call 211 to get help reporting and recovering from cybercrime.

For people who live in areas where the Cybercrime Victim Support Initiative 211 service is not yet available, or for those who prefer to use a website for help, CSN created FraudSupport.org as a resource database for cybercrime victims and for law enforcement to refer. This website provides cybercrime victims with resources and action steps they can take to report, recover, and reinforce their cybersecurity after a cybercrime occurs.