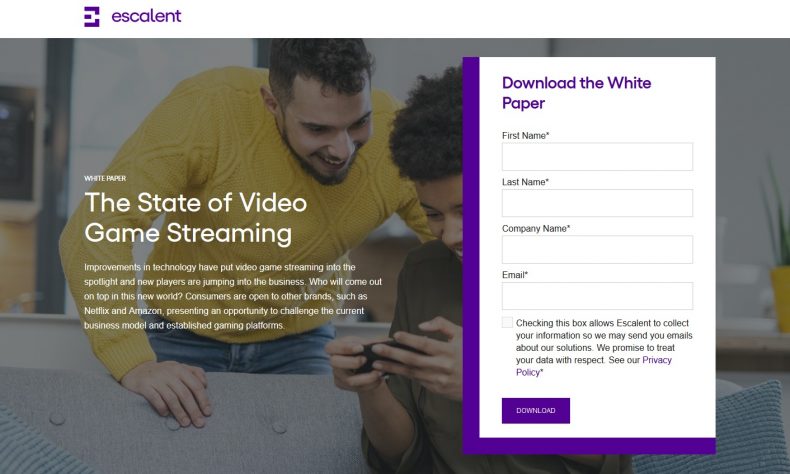 LIVONIA—Escalent, a Livonia-based human behavior and analytics firm, today published a study examining consumer attitudes toward the disruption of the video games industry with the introduction of services that allow players to stream video games onto any device similar to existing video streaming platforms. The piece identifies gamer habits and preferences that will determine the direction and future of video gaming as these new services and platforms become mainstream.

The State of Video Game Streaming offers a snapshot of gamers’ feelings regarding the transition to a rapidly advancing video game streaming business model, marked by the launch of Google Stadia this fall. In particular, the study explores gamers’ receptivity to streaming services offered by companies without traditional video game products.

“We were surprised to see the level of consideration for video game streaming products from companies without a long history in the space,” said Erin Leedy, senior vice president of research and consulting in Escalent’s technology division. “Consumers indicated they are interested in video game streaming services that offer performance at a huge scale, and they trust companies like Amazon and Netflix to overcome the inherent challenges of the technology as much or more than seasoned video gaming companies like Sony and Microsoft.”

Findings outlined within the study include:

In an ever-changing industry that observes waves of generational innovation, video game companies, developers and publishers will have an uphill battle in convincing gamers—avid and casual alike—that they are able to deliver the performance and entertainment required to make video game streaming a reality.

For a full copy of the study, please visit: https://landing.escalent.co/download-the-state-of-video-game-streaming

For the study, Escalent interviewed 972 adults living in one of the nine Census-defined regions of the United States. Respondents were recruited from the Full Circle opt-in online panel and interviewed Aug. 10–14, 2018. The data were weighted by age, gender and census region to match the demographics of the U.S. population. Due to its opt-in nature, this online panel (like most others) does not yield a random probability sample of the target population. As such, it is not possible to compute a margin of error or to statistically quantify the accuracy of projections. Escalent will supply the exact wording of any survey question upon request.