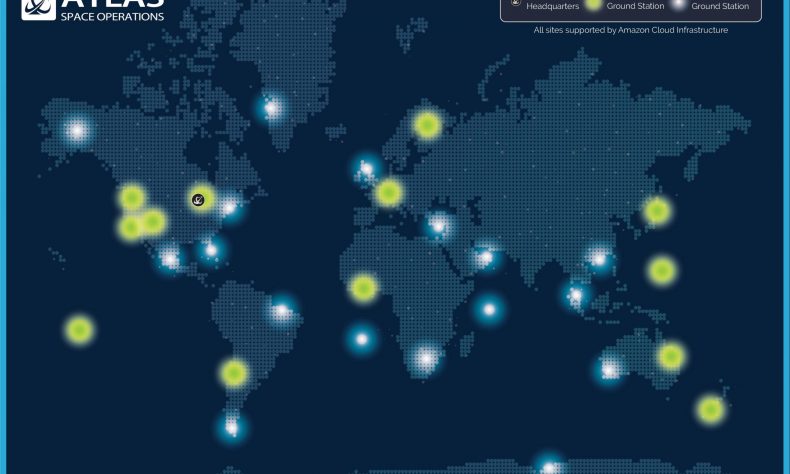 TRAVERSE CITY—Atlas Space Operations Inc., a provider of communications for the space industry, announced it has brought online nine new ground stations in its network. This brings the total to 13 ground stations, with an additional 17 sites planned by 2020.

These new stations have all become fully operational in the span of the last two quarters—a rapid  broadening of ground communication capabilities that indicates growth in the satellite industry and demand for Atlas services.

The additional stations expand Atlas’ global presence, and Atlas officials say they will help the company grow in both the public and private sectors. To date, Atlas has added to its global network one new ground station per month, and will continue the pace moving forward. With its automated scheduling, Atlas more than doubled the number of satellite passes it managed in the second quarter of 2019, and is on track to quadruple that rate in the third quarter.

By increasing the number of sites available in the network, Atlas can reduce the amount of time between when a satellite can communicate with its owners. This translates to faster data and reduced costs to the customer.

“The new locations are highly strategic and enhance the geographical dispersion of the Atlas ground network,” said Sean McDaniel, Atlas CEO and founder. “Due to the locations of the sites we prioritized, our customers can realize near real-time latency when it comes to getting their valuable and time-sensitive data.”

Eight of the new stations are capable of receiving data in S and X-band frequencies, which company officials said allows for the faster transfer of large files whose value depends on timeliness, such as high-resolution data generated from earth observation satellites.

In addition to faster data, pairing the new sites with Atlas’ Freedom platform offers other benefits. Company officials said Freedom enables autonomous constellation management, reducing the human cost of having to manage satellites and schedule connections through multiple ground stations. With a secure, cloud-based platform, customers can log into Atlas’ entire network through a single VPN, giving them the power to get their data on their terms.

Atlas is planning an exhibit at the SmallSat Conference in Logan, Utah Aug. 5-8 at booth 212. There, attendees can learn more about the Atlas ground network and Freedom platform. Atlas industry experts will also be on hand to discuss the latest trends in space communications, including technology, security and the new space economy.