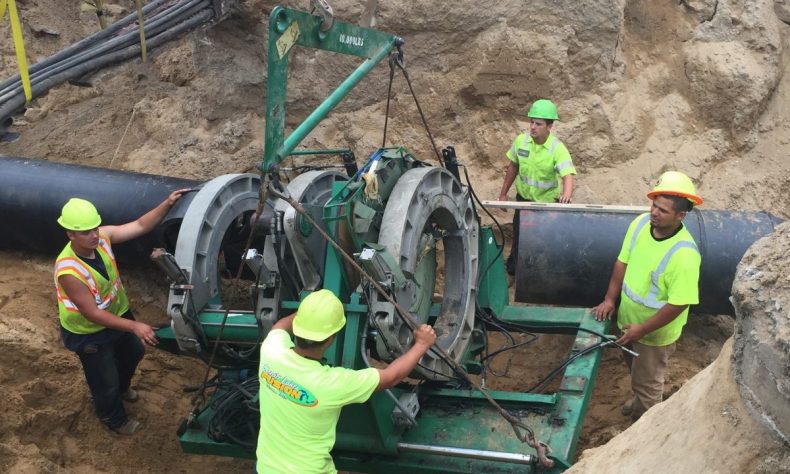 LANSING—Four projects expected to generate a total investment of $12.4 million and create 88 jobs in Michigan have received support from the Michigan Strategic Fund, the Michigan Economic Development Corp. announced.

Great Lakes Fusion LLC received a $250,000 Michigan Business Development Program performance-based grant to support a $2.65 million project to expand its plant in Shiawassee County’s Vernon Township. The project is expected to create 40 jobs. Great Lakes Fusion was founded in 1998 to serve the landfill market through the fusion welding of high-density polyethylene pipe and its installation. The company now excavates and builds new cells at landfills, drills collection wells for the collection of landfill gas, and installs the pipe systems for collection. The expansion will begin production of a new hard fusion-welded product. The Shiawassee Economic Development Partnership offered to assist the company with finding candidates for the new jobs. For information on careers with Great Lakes Fusion, visit here.

Also in Vernon Township, the Shiawassee County Brownfield Redevelopment Authority received MSF approval of a brownfield plan including $988,500 in local and school tax capture to support a speculative building development project that will be located on M-71. The project will redevelop property that is currently covered in large diameter–concrete culverts that prevent business expansion. A planned project following cleanup includes construction of a speculative 100,000-square-foot manufacturing facility that will include office space and loading bays. The project is expected to generate a total capital investment of $7.5 million and create 40 full-time equivalent jobs. The tax capture consists of $617,911 in state and $370,589 in local taxes, which will be used to alleviate the brownfield conditions at the site.

Gemini Capital Management V LLC received a $316,534 Michigan Community Revitalization Program performance-based grant to support a $421,664 project to renovate the second story and upgrade the façade of a prominent building in downtown Alma. The project will include installing new windows for the storefront, upgrading signage, and re-bricking the façade along the alleyway. The second story will be converted from a blighted, obsolete space into four market-rate apartments. The city of Alma has also approved a 12-year Obsolete Property Rehabilitation Act abatement valued at $198,888 in support of the project. The city is also engaged with MEDC’s Redevelopment Ready Communities program.

WB Vacation Properties, LLC received a $490,538 Michigan Community Revitalization Program performance-based grant to support a $1.5 million project to redevelop a blighted and vacant hardware building into a mixed-use development in downtown Cheboygan. The project will rehabilitate the lower level into two new commercial spaces and the upper level into six market-rate apartments. The project is expected to generate eight full-time equivalent jobs.  The Cheboygan Brownfield Redevelopment Authority also received approval of a brownfield work plan including local and school tax capture in the amount of $330,128 for the alleviation of brownfield conditions at the site. Of that amount, $178,435 in state and $141,693 in local tax revenue over the next 30 years was approved. The city of Cheboygan has also approved a 12-year Obsolete Property Rehabilitation Act abatement valued at $86,391 in support of the project.

For more information about the MEDC and its initiatives, visit www.MichiganBusiness.org.