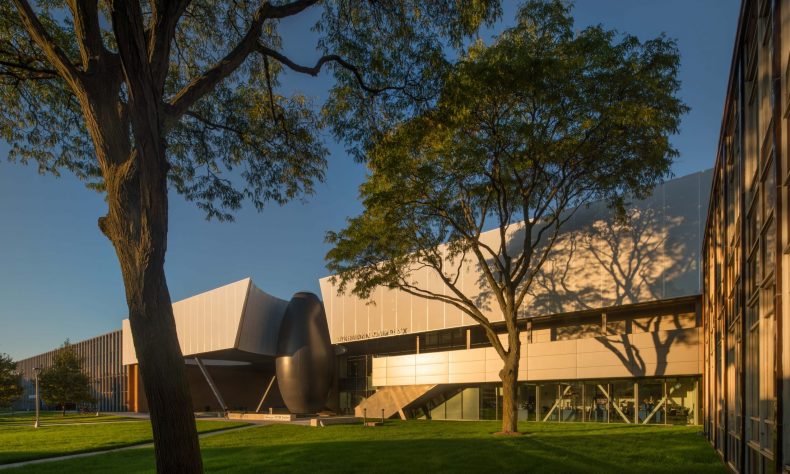 SOUTHFIELD—A Lawrence Technological University physics professor has won a three-year, $179,997 grant from the National Science Foundation to model the behavior of superheated “soups” of subatomic particles that were formed in the earliest moments after the Big Bang.

The ultimate goal, according to George Moschelli, assistant professor of physics in the LTU College of Arts and Sciences, is a better understanding what’s called the strong nuclear force.

The grant will fund theoretical modeling of the properties of quark-gluon plasma, a hot and dense soup of quarks and gluons, the elementary particles that are most affected by the strong nuclear force.

Moschelli’s work will focus on theoretical methods for modeling the expansion and cooling of quark-gluon plasma created by collisions in huge particle colliders. The methods will help guide future research into the behavior of these elementary particles.

Moschelli said the students working with him will be exclusively undergraduates, “and since most physics undergraduates will find careers outside of science, they will apply this education in many roles in society.”

The grant provides for student research assistant salaries and domestic and international travel to conferences and research centers like the Relativistic Heavy-Ion Collider in Upton, N.Y., and the Large Hadron Collider in Switzerland and France. Moschelli is currently looking for interested undergraduate physics majors to join his project, which will give them a chance to be a presenter at global scientific conferences.

Moschelli earned his bachelor’s degree in physics from Lawrence Tech in 2003 and later earned a Ph.D. in physics from Wayne State University. Prior to joining LTU in 2013, he was a lecturer at Norwich University in Vermont, and earlier, was a postdoctoral researcher at the Frankfurt Institute for Advanced Studies in Frankfurt am Main, Germany.

Moschelli said the effects of subatomic collisions at huge speeds has been his research interest since his student days. The way particles behave in conditions created by particle accelerators—giant electromagnets that accelerate atomic particles to a significant fraction of the speed of light, then smash them into each other, mimicking conditions shortly after the Big Bang—helps explain how the strong atomic force helps glue atoms together, despite their magnetic repulsion. (It’s called the strong force because it’s more than 100 times stronger than the more familiar electromagnetic force, and therefore much more difficult to study.)

Moschelli said the project is basic science with unknown practical application. But he said there’s no telling where it might lead. “A hundred years ago people were talking about quantum mechanics for the first time, and people probably wondered whether this was just knowledge for knowledge’s sake,” he said. “But now everything in our lives, all our electronics, the ability to have semiconductors and transistors that are very small, is a product of quantum mechanics. All that was born out of basic science from decades ago.”