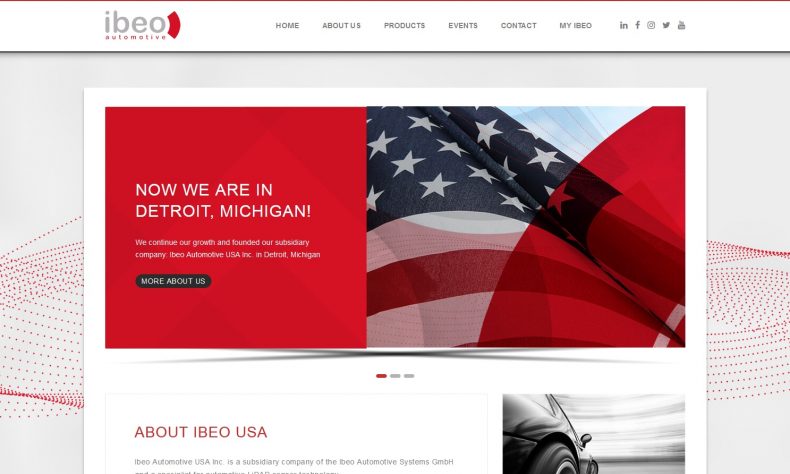 Paula Finnegan Jones has been named president of the new subsidiary. Earlier, she was executive director of the customer business unit and global director of business development at Gentherm Inc., a Northville developer of thermal management technology for the automotive, health care, and other markets.

Officials at Ibeo say the new subsidiary allows the company to cater to the growing demand for LiDAR technology in the United States and expand its business segment into one of the most important markets for autonomous driving.

“We want to achieve greater growth in the U.S. market,” said Mario Brumm, director of global operations at Ibeo. “Alongside China, it is one of the most important markets for autonomous driving. The incorporation of Ibeo Automotive USA Inc. was a logical next step for us. We chose Detroit for its headquarters as it is the home of the American automotive industry, and also a good midpoint between Hamburg and Silicon Valley, where there is a strong mobility movement.”

Added Jones: “Ibeo stands out in a crowd of LiDAR suppliers with proven technology as it is already in volume production for an automotive OEM in Europe, has 400 employees dedicated to perception and automated driving technology development, and is winning innovation and workplace awards in Germany. I feel privileged to be leading the operations in the U.S. and am encouraged by the early positive market reception here.”

“We hope to find some inquisitive and energetic engineers … to support efforts in highly automated and autonomous driving activities with our LiDAR products,” Jones said in an e-mail Monday morning.

LiDAR—an acronym for Light Detection And Ranging—uses laser pulses to detect objects at distances up to nearly 1,000 feet (300 meters), and is an enabling technology for automated driver assistance systems (ADAS), including automated and emergency braking, collision warning, adaptive cruise control, and other active safety and comfort systems.

Ibeo Automotive USA’s office is located at 19 Clifford St., in the Planet M Landing Zone, an incubator for start-ups and tech providers in downtown Detroit’s growing mobility ecosystem. Ibeo’s phone number is (248) 880-0705 and its website is www.ibeo-usa.com.

Ibeo employs more than 400 people at its locations in Hamburg, Germany; Eindhoven, The Netherlands; and Detroit. Since 2016, automotive supplier ZF Friedrichshafen AG has held a 40 percent share in Ibeo through Zukunft Ventures GmbH. In 2018, Ibeo has celebrated its 20th anniversary. More about the parent company at www.ibeo-as.com.