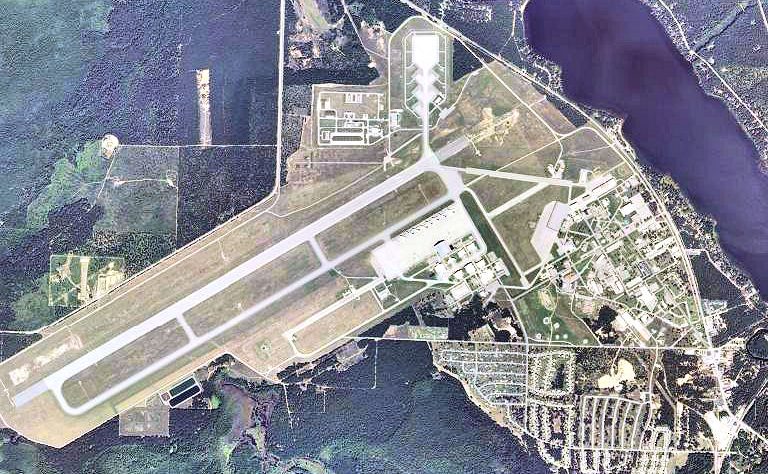 OSCODA—Officials of the Michigan Sierra Club and residents near the former Wurtsmith Air Force Base in Oscoda have criticized a meeting planned for today announcing a non-binding verbal agreement between the Michigan Department of Environment, Great Lakes, and Energy (EGLE) and the U.S. Air Force to speed the cleanup of perfluoroalkyl and polyfluoroalkyl substances, or PFAS, around the base.

Sierra Club Great Lakes State Organizer Christy McGillivray said the club and Oscoda residents will attend the meeting, which they called “a public relations stunt that undercuts local and congressional efforts to hold the Air Force accountable for the PFAS contamination coming from the closed base.”

“From New Mexico, to Colorado, and particularly here in Michigan, the military’s decades-long use of PFAS has poisoned water and harmed the health of veterans and communities,” McGillivray said. “The military is meant to protect American lives. However, when it comes to chemical pollution, the Department of Defense is directly responsible for putting those lives at risk. It is time to stop the excuses and delays. The military must be forced to clean up their PFAS pollution.”

Added Anthony Spaniola, an attorney and Oscoda homeowner, called the agreement “a big nothingburger that gives the Air Force yet another excuse to continue to delay the cleanup efforts long demanded by residents. The Air Force has had nine years to deal with this problem—and they’re still in stall mode. PFAS plumes are continuously, and illegally, polluting our water and wildlife. There is no excuse for further delays.”

And Cathy Wusterbarth, co-leader of an Oscoda community group called Need Our Water, added: “We are ground zero for PFAS contamination in Michigan, and this botched agreement does not bode well for us or the rest of the state. The same state officials that consider this an appropriate action are in charge of PFAS cleanups in so many other places. It especially concerning for PFAS-affected communities across the state who face the same delays and inaction, while the health of residents is at risk every day.”

According to MLive.com, EGLE defended the deal as a step in the right direction, but acknowledged that more work is needed to address the pollution. More about the meeting from MLive.com at this link.

More about the meeting from Michigan Advance at this link.

More about the meeting from Michigan Radio at this link.

PFAS were once widely used in firefighting foam, as well as consumer products such as nonstick cookware, waterproof clothing, and food packaging. There is scientific evidence that the compounds affect the growth, learning, and behavior of infants and children, interfere with fertility, increase cholesterol levels, damage the immune and hormonal systems, and increase cancer risk.

There is dispute over whether the current federal limit of PFAS in drinking water of 70 parts per trillion is low enough to protect health. PFAS expert David Savitz, a professor of epidemiology at Brown University in Providence, R.I., told the Detroit Free Press in December that the 70 ppt standard “may not provide a sufficient margin of safety” for public health. Savitz said it is “within a range that it is certainly possible that there would be adverse health effects.”

Savitz is one of three experts named to a Science Advisory Workgroup of the Michigan PFAS Action Response Team (MPART) to review existing and proposed health-based drinking water standards from around the nation for PFAS. MPART was created by former Gov. Rick Snyder, and his successor, Gov. Gretchen Whitmer, made it a permanent part of EGLE by executive order.