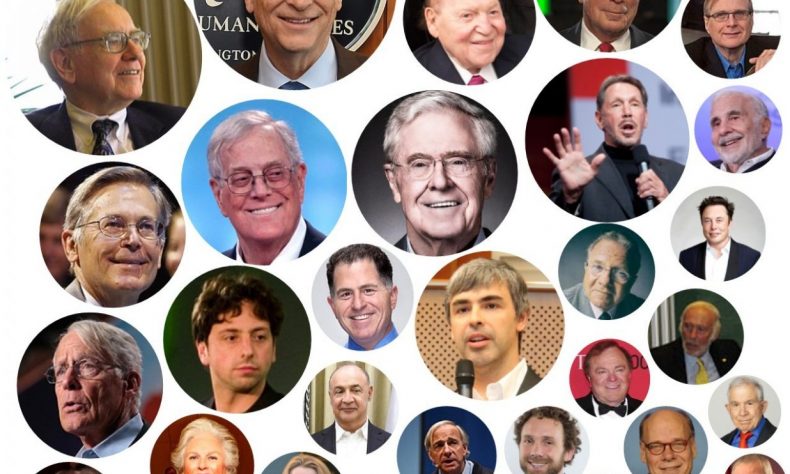 HOUGHTON—The cost of solar energy has plummeted in recent years, and a new study from Michigan Technological University’s Michigan Tech Open Sustainability Technology (MOST)  Laboratory shows just how few fortunes it would take to permanently green the grid.

The study shows that the personal fortunes of just 79 American multi-billionaires could completely eliminate the use of fossil fuels in the U.S. electric grid with 1.544 gigawatts of new solar photovoltaic power. (Previous research showed this would increase jobs and provide higher pay for current fossil fuel workers.)

The study also made sure to conserve $1 billion for each investor to live on while their money was non-liquid and invested in solar power, which would eventually pay off for them.

Joshua Pearce, Michigan Tech’s Richard Witte Endowed Professor of Materials Science and Engineering and lead author on the study, noted, “To be clear, we analyzed the potential investment, not charity—the 79 individuals would get their money back with profit while providing America with lower-cost green electricity.”

But why would these individuals want to make this green investment? Because they already do. A few have invested in Breakthrough Energy Ventures, a billion-dollar fund backed by some of the world’s top entrepreneurs and investors, including Jeff Bezos, Bill Gates, Mark Zuckerberg, and Michael Bloomberg. Other multi-billionaires on the list, like Elon Musk of Tesla, believe sustainable energy solutions are technologically viable and have been working aggressively for their success. In addition, many of the companies they control have made substantial investments in solar; they’re already familiar with the technical and economic potential of the technology. For example, Google officially hit its 100 percent renewable energy target in 2018, and Walmart has made a public commitment to solar, with the second most on-site PV of any company in the world.

Pearce concludes, “Solar works technically, it lasts for over 20 years, and it’s clearly profitable, but it is a capital investment. Many Americans do not have access to the capital for PV anymore. What America needs now are aggressive, wealthy investors that want to be green while earning a profit to help speed the end of the fossil fuel era in the U.S.”