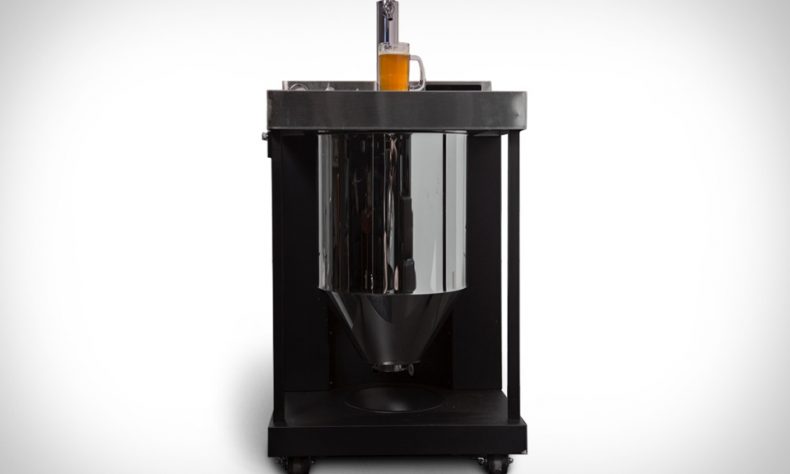 Vessi was developed by Whirlpool’s rapid innovation branch for employee business ideas, WLabs. KZValve was involved in the original engineering of the Vessi system.

“We are excited about the plans 80West Labs has for Vessi,” said Doug Searles, general manager of WLabs. “As Whirlpool Corporation’s innovation incubator, we explore new product and marketing opportunities to address consumer needs. We are proud of the impact Vessi has made in the homebrewing community and what we have been able to learn about early adopters.”

Vessi was launched by WLabs via IndieGoGo in May 2016, and quickly sold out and met its funding goal with early backers of the product. The appliance—a single tank that is sealed, pressurized, and temperature-controlled—allows homebrewers to continue to experiment with flavors and ingredients while bringing more consistency and ease to the fermentation process.

Vessi was born out of Whirlpool’s internal business concept challenge to employees, called Spark. With several homebrewing enthusiasts at the company, the idea quickly took off and was developed further at WLabs.

80West Labs will continue to support consumers who have bought Vessi since its launch.

With offices in rural Nebraska and downtown Chicago, 80West Labs was named after the interstate that connects KZ Valve and Prota Ventures, bringing together unique perspectives and capabilities with a Midwestern work ethic and passion for technology and craft beer. 80West is  collaborating with existing customers, homebrewers, and craft brewers to uncover insights and evolve the Vessi product line.

“We have assembled an experienced and passionate team at 80West Labs focused on taking Vessi to the next level,” said Kyle Buzzard of Prota Ventures. “We are excited for the opportunity to continue to evolve Vessi in collaboration with the brewing community, and to create products that make brewing a more fun, accessible, and social experience.”