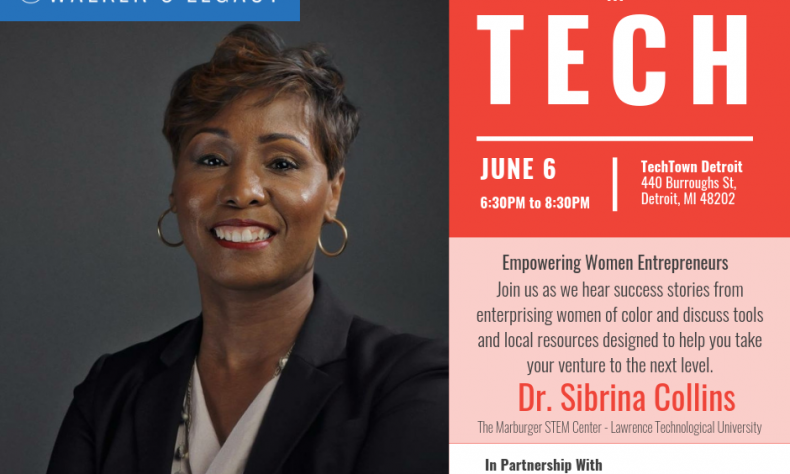 SOUTHFIELD—Sibrina Collins, executive director of the Marburger STEM Center at Lawrence Technological University, will participate on a panel discussion on “Women of Color in Tech” June 6 at TechTown Detroit, 440 Burroughs St., Detroit.

The event, sponsored by Comcast, the Thurgood Marshall Excellence Fund, and the U.S. Department of Commerce’s Minority Business Development Agency, runs from 6:30 to 8:30 p.m. The event is free and open to the public.

Collins will speak with four other women at the event on “Empowering Women Entrepreneurs.” The event will discuss tools and local resources designed to help attendees take their ventures to the next level.