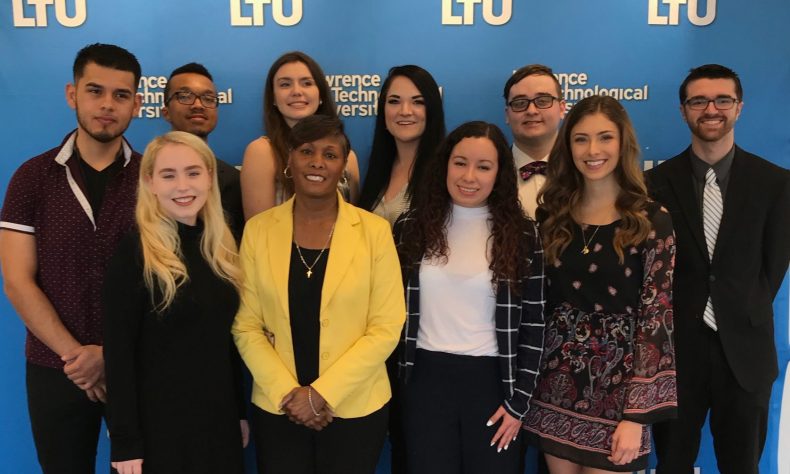 SOUTHFIELD—A team of students in Lawrence Technological University’s media communication program has produced a half-hour documentary film on previously little-known contributions to STEM (science, technology, engineering, and mathematics) by three women of color in the early and mid-20th Century.

“Women Untold” traces the lives and accomplishments of three women of color in STEM: Jewel Plummer Cobb, a cancer research pioneer and later university administrator and president; Alice Augusta Ball, who developed a groundbreaking treatment for leprosy; and Evelyn Boyd Granville, a mathematician for IBM and NASA who contributed to space missions of the 1960s.

The film may be viewed at https://www.youtube.com/watch?v=T5196ZW9s-g&feature=youtu.be.

The documentary was produced with funding from Lawrence Tech’s ongoing grant from the Howard Hughes Medical Institute to increase research activities for students from historically under-represented populations.

The basis for the film was a series of articles written by Sibrina Collins, executive director of LTU’s Marburger STEM Center, on the three women, for a science magazine called Undark. Collins said she plans to use the film both in LTU classrooms and as an educational tool for middle and high school teachers. It will also be entered in film competitions.

The director and producer of the film was Marie Anne Torres-Lopez, who graduated from LTU May 11 with a Bachelor of Science in media communication. Also working on the film were LTU students Stephen Baird, Dacey Cook, Isabella Forsthoffer, Carlos Gonzalez, Chase Kaufman, Tristan Littles, Elise Ritschdorff, and Genna Skalski.

“Several years ago, as a chemistry graduate student, I became interested in diversity and inclusion in STEM,” Collins said. “Specifically, I have been on a journey to understand why so few women and people of color pursue STEM as a career pathway. I have published articles celebrating the scientific achievements of unknown scientists, and I am thrilled that the LTU students brought these stories to life. This is a powerful documentary.”

And Torres-Lopez added: “”I’m glad that by portraying these three stories, the film advances the conversation around what women in STEM have done and can do—specifically women of color. Cobb, Ball, and Granville, each accomplished great things for humanity, and it’s only right that their names be recognized further. I look forward to telling many more of these types of stories in the future.”

In the photo at the top of this article: From left to right in the front row are Isabella Forsthoffer, editor, producer and videographer on the film; Sibrina Collins, executive director, Marburger STEM Center; Marie Anne Torres-Lopez, director, producer, writer and editor; and Genna Skalski, the film’s voice-over talent. In the back row, left to right, are Carlos Gonzalez, graphic designer; Tristan Littles, videographer; Dacey Cook, editor and motion graphics developer; Elise Ritschdorff, editor and videographer; Stephen Baird, assistant producer and director of photography, and Chase Kaufman, producer, editor, and videographer.