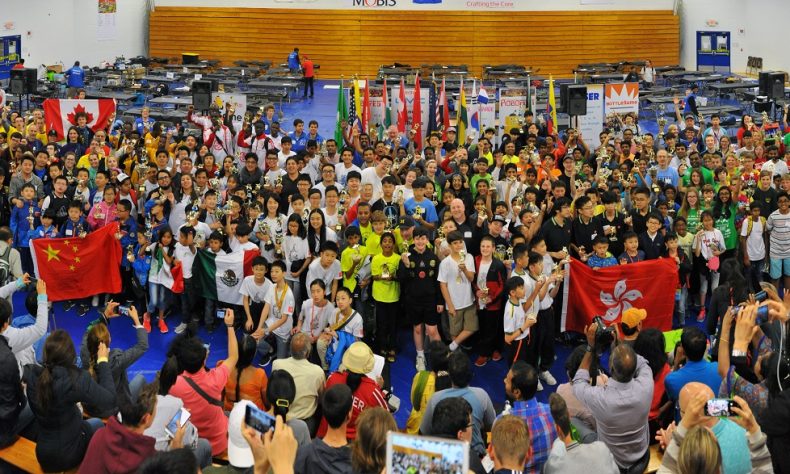 SOUTHFIELD—More than 600 students from around the world, plus another 200 coaches and parents, will travel to Lawrence Technological University this weekend for three days of competition under the umbrella of Robofest, a youth robotics competition founded by LTU computer science professor C.J. Chung.

It’s the 20th anniversary of the event, first held at LTU in 1999. Competitions will begin Thursday, May 16, with the world championship game competition coming Saturday, May 18.

Robofest also includes multiple events. The most popular is a game that changes every year. This year’s game, called “Binary Blocks,” requires that robots move and arrange black and white blocks to represent a 4-digit binary number. Last-minute challenges are also added to the game just before competition, and students are given 30 minutes to alter their programming language to achieve them.

Other Robofet events include an open competition, in which students can build a robot to achieve a task that they dream up, a robotic art exhibition, a computer vision-based robotics challenge, a simple robotic sumo wrestling competition, a parade of decorated autonomous robots, and a talent show. Teams compete in a junior division, grades 5-8, and a senior division, grades 9-12.

Since its founding in 1999, more than 28,000 students have participated in Robofest.

Southfield Mayor Ken Siver will offer remarks to the students at the opening of Robofest Saturday at 9 a.m.

The event is free and open to the public. Ample free parking is available in nearby lots.