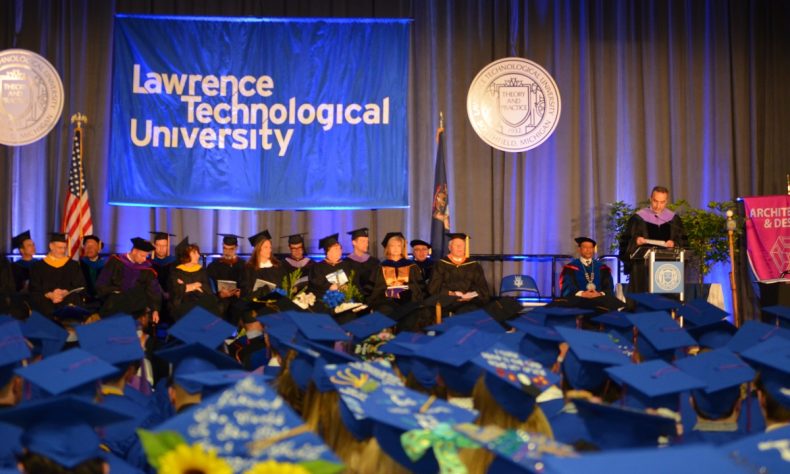 But giving a Commencement address at Lawrence Technological University Saturday afternoon, Stabenow expressed confidence that LTU graduates are up to the challenge.

Quoting liberally from the hit musical “Hamilton,” Stabenow predicted the graduates would “be in the room where it happens, on critical issues that affect all of us.”

And she said graduates should aspire to fulfilling another line of the play, “God help and forgive me, I want to build something that’s going to outlive me.”

She said today’s graduates face three basic problems: adapting to change, maintaining personal values and priorities, and building that “something” that will outlive us.

“Your education here at Lawrence Tech can help you tackle all of these,” Stabenow said. “My advice to you is really simple. Keep learning. Keep grounded. Believe in yourself. And do something to make your community a better place.”

Stabenow noted that LTU graduates are already making a difference in many fields, from cybersecurity to medicine to infrastructure.

Summing up, Stabenow said, “I know I speak for everyone in this room when I say, we can’t wait to see what you will become and what you will achieve.”

In all, nearly 600 LTU students received degrees or certificates in the three ceremonies. It was the first time Commencement had ever been held on LTU’s Southfield campus. Several thousand family members and friends attended the ceremonies, and thousands more around the world watched live online.