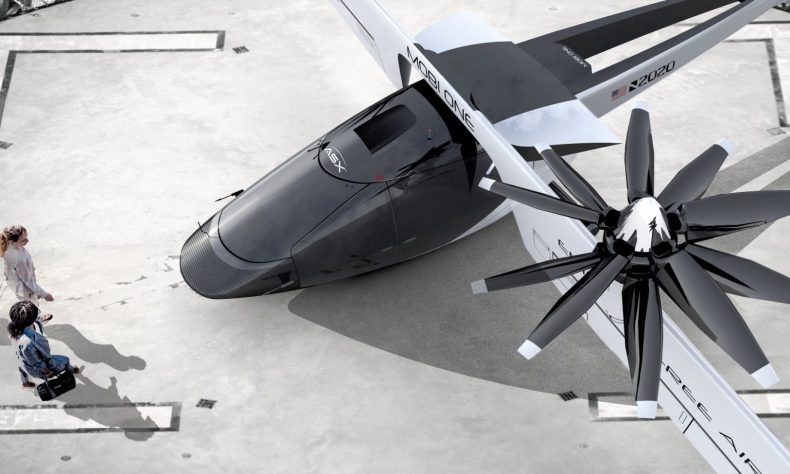 DETROIT—Airspace Experience Technologies (ASX), an aviation technology start-up that is developing an electric-powered vertical takeoff and landing aircraft that can be rented by the public, announced the launch of an equity funding round through the crowdfunding platform SeedInvest.

The company, based at Detroit City Airport, seeks to produce and operate fleets of safe, reliable, emission-free aircraft.

“SeedInvest is disrupting the financial services industry just as ASX is disrupting mobility, and we were proud to be accepted through SeedInvest’s rigorous evaluation process,” said Jon Rimanelli, co-founder and CEO of ASX.

SeedInvest has funded more than 150 startups and now has a network of more than 200,000 investors. Only 1 percent of its applicants receive funding.

The company says a 2018 study conducted by the Kirkland, Wash.-based traffic data provider Inrix Inc. found that traffic congestion cost Americans nearly $87 billion in 2018, or an average of $1,348 per driver. ASX says its solution is getting more commuters airborne with electric vertical take-off and landing aircrafts.

Founded in 2017 by Rimanelli, an electronics industry veteran, along with aerospace engineer and rocket scientist Anita Sengupta and energy investor JP Yorro, ASX has assembled a team of seasoned NASA technologists, aviation and automotive experts, market enablers, and logistics leaders.

ASX has built and flight-tested five subscale concept vehicles, and achieved a major milestone in in the fourth quarter of 2018 by optimizing controls and demonstrating vertical and plane mode flight. ASX is now ready to begin the full-scale production design and commercial certification process for its aircraft, dubbed the MOBi-One.

“Our vision is to move you up to five times faster than driving for the same cost per mile — giving you more time to be productive,” said Rimanelli. “By leveraging our deep knowledge of automotive EV technology, mass production, aviation, and deep space reliability, we will make personal air travel more affordable for everyone.”

Equipped with zero-emission electric propulsion and broadband ‘V2X’ vehicle-to-vehicle connectivity, the company says the electric MOBi-One will deliver an estimated range of 100 miles and a cruising speed of 150 mph, giving it the ability to reduce a 60 minute commute to 15 minutes or less for the price of a ground vehicle for hire (one pilot, four passengers). With a hybrid propulsion system, MOBi-One is capable of up to 300 miles of range for regional travel and cargo, via the nation’s general aviation airports.

“Studies estimate that by 2035, global air travel based inspections, goods, and passenger services has the potential to be a $74 billion market,” said Sengupta, co-founder and chief product officer at ASX. “Passenger transportation will be more than 40 percent of that market opportunity.”