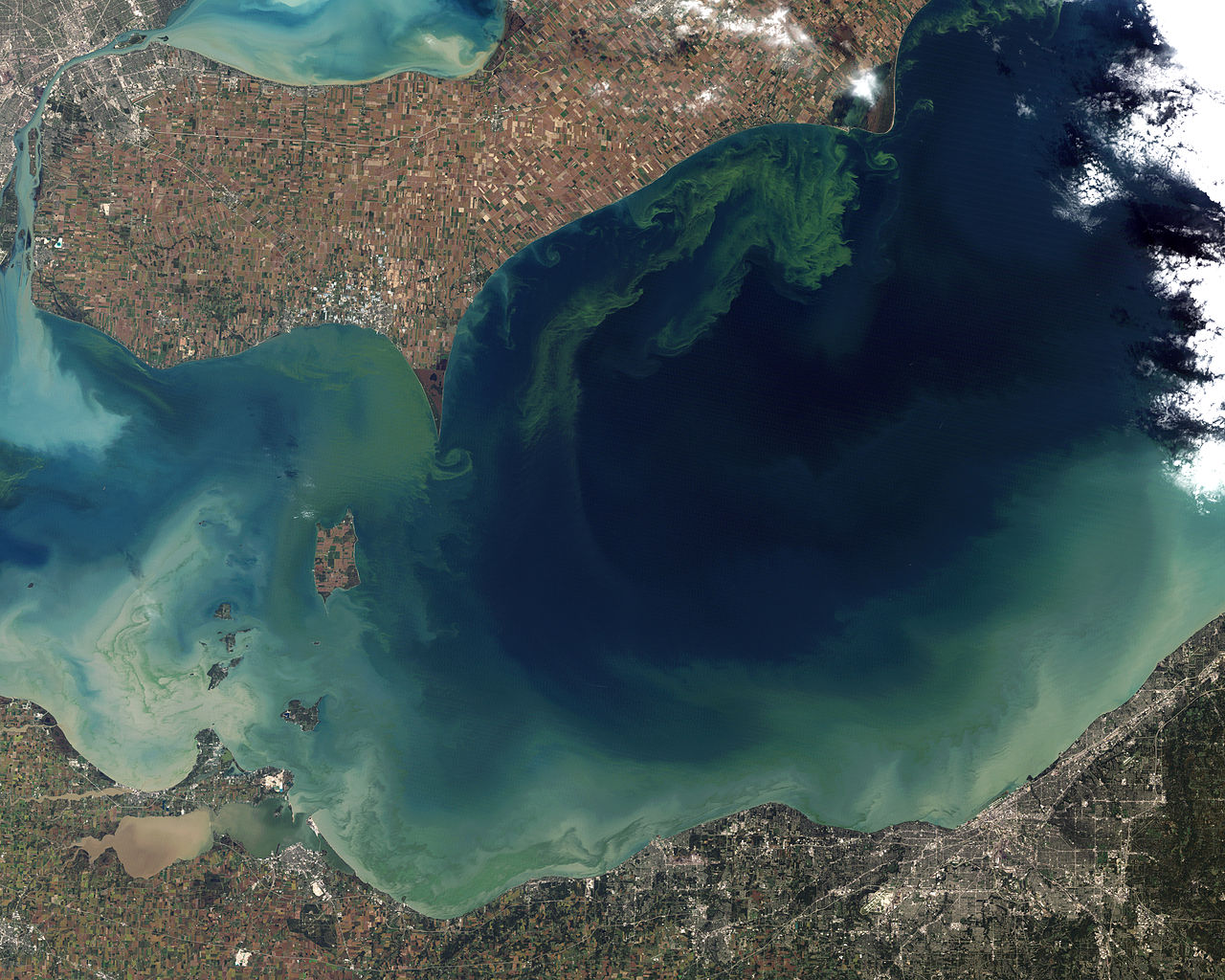 ANN ARBOR—Though the Detroit River delivers one-quarter of the phosphorus that flows into Lake Erie, there’s never been a detailed accounting of the nutrient’s urban and agricultural sources across the entire binational watershed.

The uncertainty created by this knowledge gap has complicated efforts to develop a regional strategy for reducing phosphorus inputs to Lake Erie, which is plagued each summer by cyanobacteria blooms and oxygen-starved waters caused by excess nutrients.

A new University of Michigan report fills many of those gaps and provides the most detailed characterization to date of the phosphorus sources—and their relative contributions—in the complex Detroit River watershed, which is heavily urbanized on the U.S. side of the border and mainly agricultural on the Canadian side.

The 46-page final report from the U-M Water Center also evaluates options for reducing phosphorus levels throughout the watershed. Among the report’s key findings:

The report is titled “Watershed assessment of the Detroit River phosphorus loads to Lake Erie” and is the result of a three-year study funded by the Fred A. and Barbara M. Erb Family Foundation. A 30-person advisory group helped guide the effort, providing feedback on the planned research approach as well as the study’s findings.

“This project aligns well with the university’s commitment to engage in issues that affect Michigan and the Great Lakes region, and the Water Center’s mission to work with campus experts and our regional partners to inform policy and management conversations,” said Jennifer Read, director of the Water Center, which is a group within UM’s Graham Sustainability Institute, and project lead for the watershed assessment. “As a team, we benefited tremendously from our diverse advisory group, who provided critical insights, shared data sources, and kept our research connected to real world policy discussions.”

In 2012, the United States and Canada signed a revised Great Lakes Water Quality Agreement, which led to a Lake Erie phosphorus-reduction target of 40 percent. The new UM report will help agencies responsible for managing Ontario and Michigan phosphorus contributions to plan their management efforts.

“We were happy to be part of the project’s binational advisory group and have our questions and information needs shape the team’s work,” said advisory group member Michelle Selzer of the Michigan Department of Environment, Great Lakes, and Energy. “The findings help to further inform our state of knowledge on nutrient loading sources and promising best management practices that can help to improve water quality in the St. Clair-Detroit River System and ultimately Lake Erie.”

Though it’s not a significant driver of western Lake Erie’s summer cyanobacteria blooms, the Detroit River plays an important role in central-basin algae production and sedimentation, as well as the extent of oxygen-starved, or hypoxic, waters there in the summer.

In their study, UM researchers developed four mathematical models—a mass balance for the entire watershed, a watershed processes model, an ecosystem processes model for Lake St. Clair, and an urban model for Detroit—to simulate the dynamics of the system and to compare strategies for nutrient reduction.

They compiled and analyzed data from U.S. and Canadian water-quality monitoring programs between 1998 and 2016 and gathered data from both countries on discrete phosphorus sources and for combined sewer overflows. In addition, they estimated phosphorus loads from tributaries to the St. Clair River, Lake St. Clair and the Detroit River.

They found that 63 percent of the U.S. phosphorus originating within the watershed (i.e., not including the contribution from Lakes Huron) came from single, identifiable sources called point sources, which include wastewater treatment plants and industrial facilities, such as food processing and metal finishing plants.

By far, the largest point source in the study area is the regional wastewater treatment plant in Detroit, which treats sewage from 77 communities and contributes 13 percent of the Detroit River’s phosphorus load to Lake Erie. The plant, formally known as the Great Lakes Water Authority’s Water Resource Recovery Facility, or WRRF, has cut phosphorus discharges by 44.5 percent since 2009, and achieving further reductions “could be very expensive,” according to the report.

The researchers also found that 83 percent of the Canadian phosphorus originating within the watershed is from diffuse sources called nonpoint sources, which include runoff from agricultural lands (both cropland and pasture), urban land surfaces, forests and wetlands. The Canadian side of the watershed includes some of the country’s most productive cropland.

Focusing the recommended land-management practices on the 55 percent of farmland with the highest per-acre phosphorus losses could lead to phosphorus-load reductions on the order of the Great Lakes Water Quality Agreement target in agricultural portions of the watershed, the study concludes.

Southeast Michigan, with a population of more than 3.1 million, is the primary urban phosphorus source in the Detroit River watershed, and wastewater treatment plants are the main urban point sources.

Combined sewer overflows and storm runoff from urban areas contribute much smaller amounts. Even so, reducing CSOs and urban runoff through so-called green infrastructure projects could have environmental impacts, according to the report. Also, expanded use of pervious pavements and vegetated areas could help reduce surface runoff.

The higher-than-expected contribution from Lake Huron to the Detroit River’s phosphorus load is due, in part, to a previously undetected phosphorus source that is “sizeable and increasing over time,” the researchers say.

A climate-driven decline in winter ice in Lake Huron and an increased frequency of intense storms appear to be boosting shoreline erosion and re-suspending lake sediment from the lake’s southeastern shore, washing phosphorus-rich sediments downriver and eventually into Lake Erie, according to the report.

When the researchers analyzed satellite images of southernmost Lake Huron, they spotted sediment plumes that occur frequently along the lake’s southeastern shore and that are often missed by monitoring programs.

“Our new understanding of the contribution from Lake Huron suggests that reaching Lake Erie loading targets may require greater attention to Lake Huron sources and larger reductions from the Detroit River watershed than previously thought,” said aquatic ecologist Don Scavia, the study’s lead scientist and a professor emeritus at UM’s School for Environment and Sustainability. “In addition, we believe the sediment increase we’re seeing is due, in part, to a climate-driven decline in winter ice cover and an increasing frequency of large storms.”

Neil Hawkins, president of the Fred A. and Barbara M. Erb Foundation, said: “Given our commitment to the health of Lake Erie, we are very excited about the findings from this project. Not only does it provide new knowledge about the contributions of the Detroit River watershed to Lake Erie phosphorus, but because of the involvement of the project advisory group we anticipate that the project will inform the policy and management discussions related to Lake Erie phosphorus control.”

Project results and methods are described in detail in several journal articles and supplemental information available on the project webpage: myumi.ch/detroit-river.