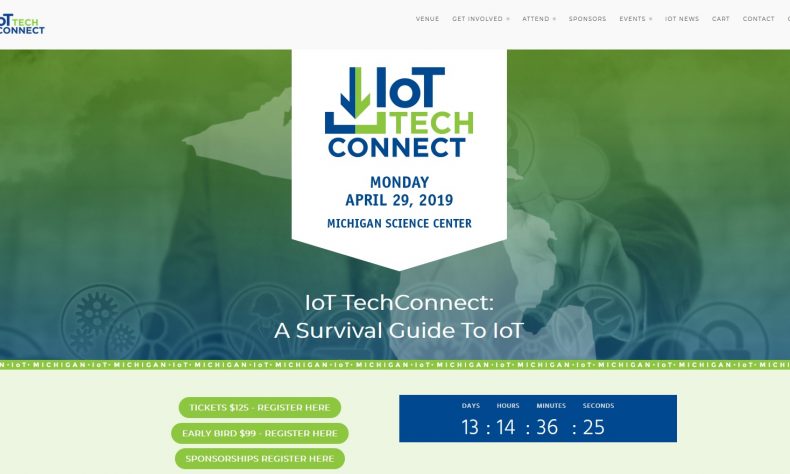 DETROIT—There’s a European automaker that markets its cars as “the ultimate driving machine.”

But a transportation industry visionary says the reality of the car business will soon see people shopping for “the ultimate riding machine.”

Larry Burns, former vice president of research and development at General Motors, kicked off the IoT TechConnect internet of things conference Monday at the Michigan Science Center with a look at the future of mobility. He said we spent 130 years in the “age of automobiles,” but we’re moving now into the “age of automobility.”

In the age of automobiles, cars were driven by humans, designed by drivers, combustion-powered, dependent on oil, and sold as products. While that age has given the world great mobility, it’s also had its downsides—1.3 million fatalities a year, dependence on oil, and contribution to climate change.

In contrast, Burns said, the age of automobility will usher in autonomous and electric vehicles that draw their power from diverse energy sources. Transportation, he said, will become less of a product and more of a service, tailored to individual users. And vehicles will be designed for riders, not for drivers, and will be managed as fleets available by subscription, not sold through dealers. “Any of these changes alone would have a significant impact on our auto industry here in Michigan, but you put them together and the implications are truly profound,” Burns said.

Burns said cars today “have the same DNA as they did 100 years ago,” which makes the industry ripe for disruption. Burns noted that most American car trips are short—less than a dozen miles—and involve one or two people at relatively low speeds. Yet Americans insist their cars carry at least five people, be capable of going 100 mph, and have a fuel range of 300 to 400 miles. Our cars, he said, are “massively overspecified” for our actual needs. The age of automobility will change that, he predicted.

The implications are also profound for auto suppliers, Burns said, since autonomous electric vehicles are likely to have far fewer parts than today’s cars—parts like fuel systems, exhaust systems, and transmissions will simply go away, along with many gauges and controls for drivers. The same applies for commercial trucks, Burns said.

In the mature age of automobility, Burns predicted, we’ll pay for miles, trips and experiences, not cars and trucks.

Unlike many observers, Burns said he believes we may never get to full, so-called stage 5 autonomy—a vehicle that can drive you anywhere, at any time, under any conditions. But he said he expects stage 4 autonomy, where vehicles can be autonomous on major roads, fairly soon.

Besides eliminating hundreds of thousands of deaths a year caused by driver error, this era also promises to be very pleasant for riders. After all, how many of us actually enjoy shopping for a car, getting insurance and financing, pumping gas, getting a car fixed, driving in heavy traffic? The answer, of course, is just about nobody. Burns said the automotive future will feature cars that are safer, more secure, more reliable, more affordable, more convenient, and more personalized.

Automobility will also go a long way toward solving cars’ impact on the environment. Burns said one academic study he worked on showed that the 200,000 cars now owned in the city of Ann Arbor could be reduced to 30,000 if cars were shared and rented as needed. Even at rush hour, Burns said the study found, 87 percent of the vehicles in Ann Arbor are parked.

“There will be profound societal impact,” Burns said. “90 percent of global roadway fatalities could be eliminated. We can cut the demand for oil by transportation 80 percent. People will have enhanced accessibility. And the land used for parking could be repurposed.”

Burns currently serves as an adviser to organizations on the future of mobility, logistics, manufacturing, energy, and more. Current clients include Waymo, Peloton Technology, and Kitson & Partners.