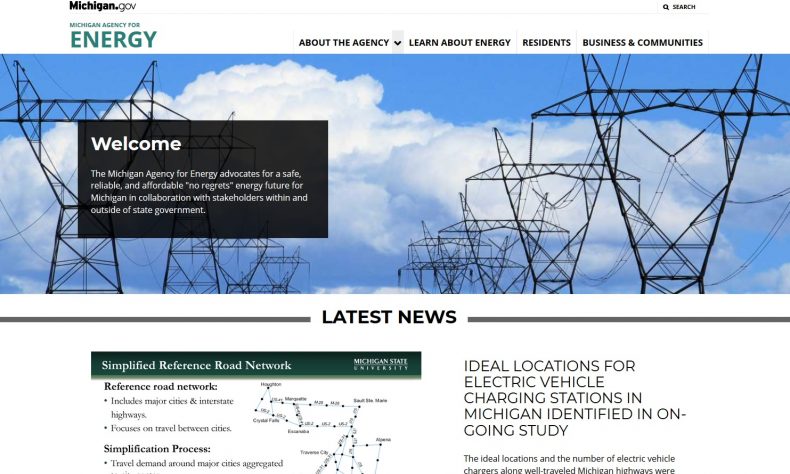 LANSING–State officials announced this week that the Michigan Agency for Energy (MAE) has merged into the new Department of Environment, Great Lakes, and Energy (EGLE).

MAE, which had been housed under the Department of Licensing and Regulatory Affairs, will no longer exist as its own agency. The Michigan Energy Office, which was part of MAE, and MAE’s External Affairs team both move over to the new EGLE department.

The Michigan Energy Office’s current funding incentives, including sponsorships, rebates, grants and loans for energy related projects, will remain in place for the near future. Stakeholders will continue to work with the office’s staff, led by Director Robert Jackson.

Also, as of today, MAE’s Energy Security Section now is under the auspices of the Michigan Public Service Commission, which remains under LARA.

Gov. Gretchen Whitmer signed Executive Order 2019-06 on Feb. 20, 2019, to create EGLE, with an effective date of Monday, April 22, 2019. Under the executive order, the Michigan Department of Environmental Quality reorganized as EGLE and assumed many activities of MAE. The executive order also moved the Office of the Great Lakes from the Department of Natural Resources into EGLE.