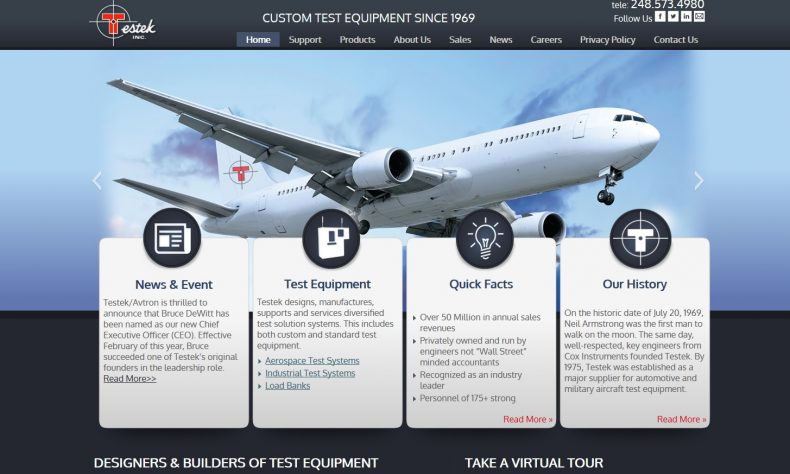 DeWitt joins Testek/Avtron from Logic PD in Minneapolis, where he served as CEO since 2013. He brings over 30 years in the aerospace and defense industry.

“Bruce is ideally suited to lead Testek/Avtron given his deep experience in the aerospace and defense industry, focused on complex engineering systems,” said Randy Paulson, managing principal of Odyssey Investment Partners and chairman of Testek/Avtron’s board of directors. “He has a strong track record of leading and growing engineering-driven organizations, including significant global expansions, which we believe positions him exceptionally well to lead Testek/Avtron to achieve strong results for all of its stakeholders.”

DeWitt served as a flight instructor for the US Air Force and eventually went on to become an experimental test pilot, retiring from the Air Force as a colonel in 2003. After his career in the Air Force, DeWitt joined Raytheon as the vice president of precision engagement strategic business. He also worked for Alliant Techsystems, starting as deputy general manager of the advanced weapons division and was then promoted to vice president and general manager of the armament systems division. DeWitt earned a bachelor’s degree from the United States Air Force Academy and later earned a master’s degree in aeronautical engineering from the Air Force Institute of Technology.

DeWitt plans to grow and expand the legacy of Testek/Avtron (over 100 years of combined experience) in the aerospace and defense market.

DeWitt will be joining Testek/Avtron’s sales team at MRO Americas, a trade show for companies in aircraft maintenance, repair, and operations, to be held in Atlanta, Ga. April 10.