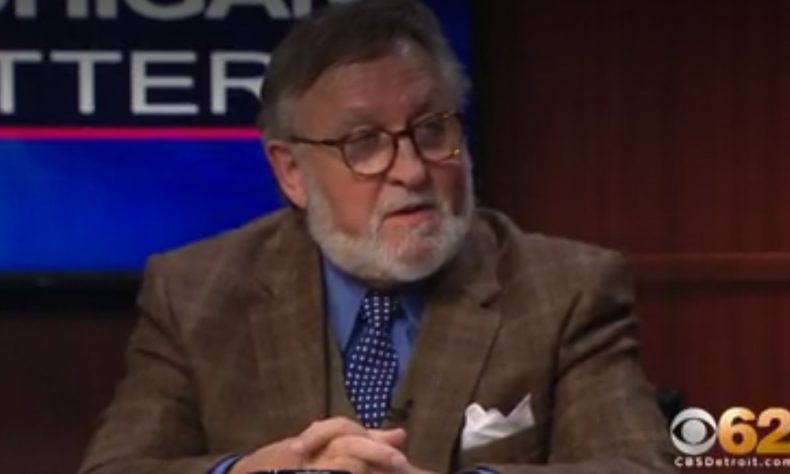 SOUTHFIELD – The future of mobility in Michigan will be in full view on CBS Detroit 62 Sunday at 11:30 a.m. as the TV show Michigan Matters takes on the issue.

Featured will be a panel discussion on the overall mobility industry that includes Mike Brennan, publisher of the tech news website MITechNews.com and co-host of the M2 TechCast podcast with Matt Roush, director of media relations at Lawrence Technological University.

Brennan will speak about the second annual loT TechConnect conference on the Internet of Things, taking place April 29 at the Michigan Science Center in Detroit. As part of this event is the InnoSTARS Competition, which the Chinese government is sponsoring to help Michigan firms grow in the mobility space.

Joining Brennan on the panel will be Oakland County Executive L. Brooks Patterson and Milan Stevanovich of the Detroit Chinese Business Association. The discussion will be moderated by Carol Cain, who hosts the show for CBS Detroit 62.

The show will feature an interview with Michael Noblett, new president and CEO of the American Center for Mobility. Noblett joined ACM from Intel, where he sered as the global segment lead of automotive industry sales. He’s a recognized global expert on intelligent transportation systems.

ACM is a non-profit testing, education and product development center, designed to enable safe testing of connected and automated vehicle technology. It’s situated on about 400 acres of the former Ypsilanti manufacturing site that was home to both the Willow Run bomber plant during World War II and various functions of General Motors (and earlier, the automaker Kaiser-Frazer). It features a 2.5-mile high-speed replica freeway, interchanges, boulevards, rural highways and urban streets for autonomous vehicle testing. Corporate partners in the site include automakers Ford, Toyota, Subaru, and Hyundai, suppliers such as Visteon, and tech companies such as AT&T, Siemens, Microsoft, and Adient.

More about the program at https://detroit.cbslocal.com/2019/03/29/michigan-matters-focus-on-mobility-in-metro-detroit/.