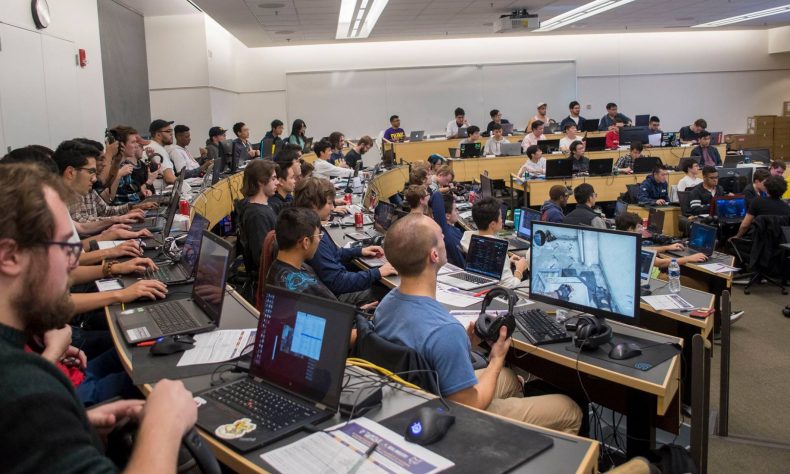 ANN ARBOR—The University of Michigan Recreational Sports department is joining numerous universities across the country in forming a competitive Esports program, schedule to be up and running for the Fall 2019 semester.

Esports is a multiplayer video game competition played in a team format. Games are primarily played on PCs, and competitions can take place in person or online. Competitions are often streamed on websites for spectator viewing, although fans also show up at competition venues to watch live.

The sport has been increasing in popularity rapidly over the last several years, with media outlets such as ESPN devoting time to the ever-growing sport. Lawrence Technological University presented an inaugural Esports event for high school teams in May 2017.

“Esports is growing in popularity all over the world, and we are seeing a significant growth in the number of student Esports groups who want to represent their respective college or university, the same way as in traditional sports,” said UM recreational sports director Mike Widen. “In many of the same ways we build community among our students through traditional recreation programs, esports provides that same opportunity for community building among students through their common interest of gaming. This new program will allow us to reach students who are not engaging with our programs and facilities otherwise.”

Eventually, Recreational Sports aspires to create a dedicated Esports location on UM’s campus that can serve both competitive teams and the university community, but achieving that goal will require fundraising through private and corporate donations as well as corporate sponsorships. The program is currently seeking sponsors for both capital and ancillary equipment.

Avantika Tiwari, former president of Arbor Esports, a voluntary student organization, says Esports has been a passion since middle school. Arbor Esports has worked with Recreational Sports to create an outlet for students to enjoy gaming.

“For a really long time, our players have always wanted to be recognized for the achievements that they’ve achieved,” she said. “Year after year, we’ve had our competitive teams compete nationally, being top 10 in the country and showcased on the BTN. Although our teams have been successful, we haven’t had the ability to spread the word and get more people to know that an esports community on campus exists. With the university backing esports through Recreational Sports, we’re so excited to have more people join us and build the community so we can continue to achieve more and involve more students.”

These student organizations will receive benefits from the affiliation with the department that include full-time staff support, student leadership development, use of university trademarked logos, and the ability to take tax-deductible donations.