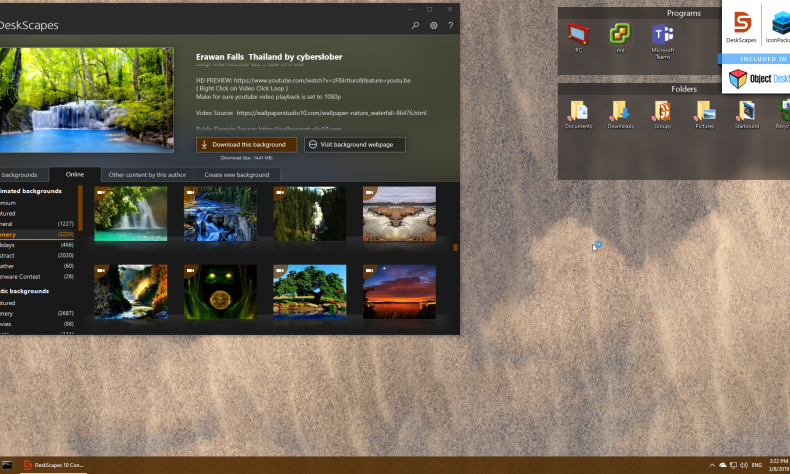 PLYMOUTH — Stardock Corp., the Plymouth-based software developer, announced the release of Object Desktop 2019, the latest in the award-winning suite of more than a dozen Windows software applications and enhancements.

Also releasing today is the DeskScapes 10 beta, available exclusively to Object Desktop owners, which allows users to personalize their desktop wallpaper with animations, pictures, and video.

Object Desktop includes productivity software designed to improve the experience for the most-used versions of Windows by allowing users to customize their start menu, control multiple PCs with a single keyboard and mouse, and more. The customization apps in the suite also let users create a unique desktop experience for themselves by adding special effects, animated wallpapers, and themes to their desktops.

The Object Desktop suite features Stardock’s most popular applications, including:

Object Desktop is on sale for $19.99 for a limited time (normally $49.99), and can be downloaded at www.objectdesktop.com and www.stardock.com now.