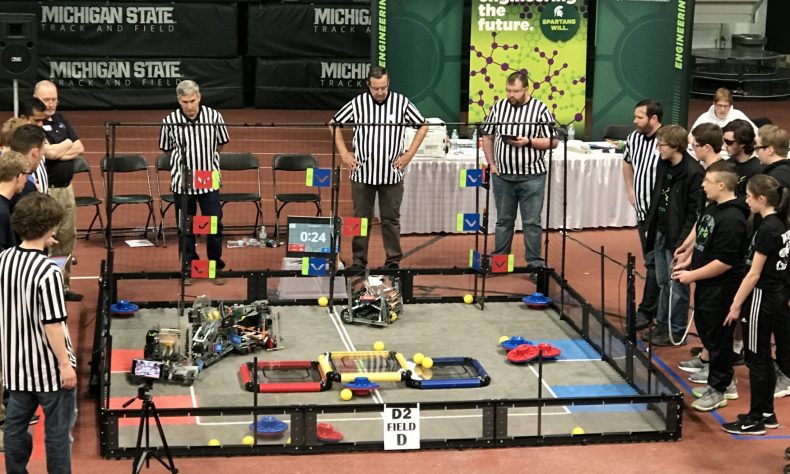 EAST LANSING — The Zipties of Grandville won the coveted VEX Robotics Excellence Award and a two-team alliance from Flint and Niles were tournament champions at the 2019 Michigan VEX Robotics State Championship on Sunday, Feb. 24, at Michigan State University.

There were 72 high school teams from Michigan’s lower peninsula competing at the 2019 state tourney — each working for the right to represent Michigan in the 2019 VEX Robotics World Games in Louisville, Ky., April 24-27. Championship contests for middle school teams are at Monroe Community College this year.

Drew Kim, assistant to the dean for recruitment, scholarship and K-12 outreach in the MSU College of Engineering, said a lot of energy and skill goes into each VEX Robotics team.

“Teams that win at the local tournaments then qualify for the Michigan VEX Robotics State Championships and the right to join about 1,500 teams at world games,” Watson said.

For more information on the event, here are 2019 event photos, or see video from Lansing’s WILX TV-10,