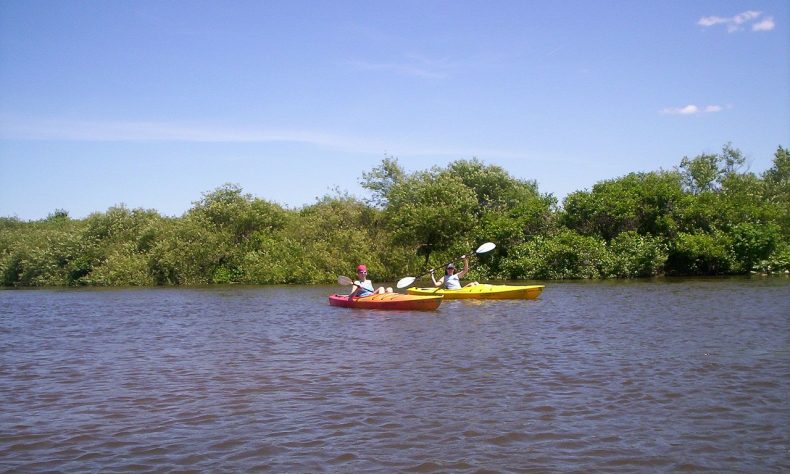 LANSING –The Michigan Department of Environmental Quality announced that it will allow the city of Kalamazoo to reduce the frequency of monitoring for per and polyfluoroalkyl substances (PFAS) at its wastewater treatment plant after testing confirmed that the plant’s discharges are meeting water quality standards.

Weekly monitoring data from water entering and leaving the plant during the past six months has shown a steady drop of PFAS being discharged into the Kalamazoo River. PFAS discharges from the wastewater treatment plant to the river have been below the state’s water quality standards for PFAS since August of 2018.

“Our success in driving down PFAS levels in the Kalamazoo River is a direct result of MPART’s work to identify and mitigate sources of PFAS contamination,” Clark said. “In this case, our IPP program identified and eliminated PFAS discharges from the abandoned Production Plated Plastics site and our public water system program identified the contaminated municipal wells in Parchment – both of which were threatening public health and polluting the Kalamazoo River.”

Under the state’s IPP initiative, launched in February 2018, Kalamazoo officials were able to trace PFAS contamination entering the wastewater treatment plant to the site of the former Production Plated Plastics plant upstream in nearby Richland. In response, the MDEQ installed a $700,000 carbon filtration system at the site using MPART funding. Treated water entering the city’s sanitary sewer system is now testing non-detect for PFAS.

The discovery of PFAS at the site also launched an MPART-led investigation into drinking water well contamination in Richland and the supply of alternative water to several homes in the area.

“The city of Kalamazoo was proud to work in partnership with the state’s MPART organization through both the Richland and Parchment PFAS responses,” said James Baker, director of the city of Kalamazoo’s Department of Public Services. “This unified approach that brought together state and local resources with bipartisan support from elected officials resulted in thousands of citizens being protected from previously unknown contaminants in their drinking water.”

Working with MDEQ, Kalamazoo water treatment officials continue work with local industrial users to identify other potential sources of PFAS and implement plans to reduce or eliminate PFAS from their manufacturing processes.