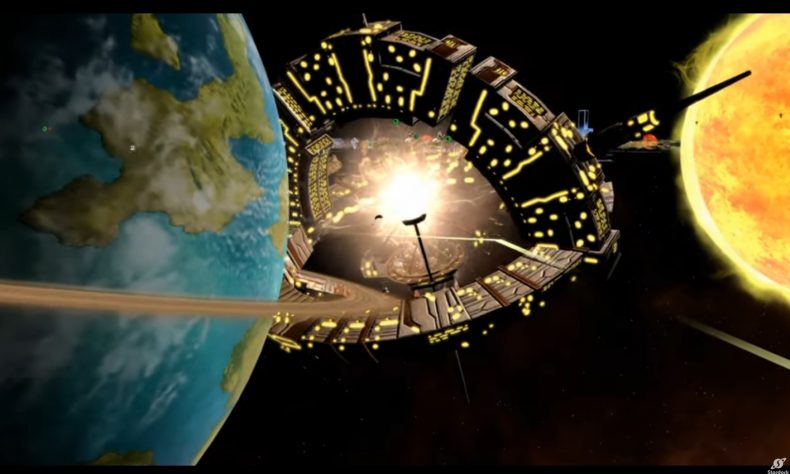 PLYMOUTH — The game development firm Stardock Corp. has announced Feb. 21 as the release date for “Galactic Civilizations III: Retribution,” the largest expansion ever for the massive space strategy game.

In the expansion, civilizations will uncover powerful artifacts, discover how to construct hypergates, encounter two new major civilizations, and much more.

The “GalCiv III: Retribution” trailer has been released and can be viewed at this link. https://youtu.be/rMWaAmCe-NU

Players start with a single world and expand across the galaxy through diplomacy, trade, cultural hegemony, or military conquest in this single or multiplayer strategy game. In Galactic Civilizations III: Retribution, ancient alien artifacts are being discovered, giving civilizations powerful new capabilities. Meanwhile, as civilizations try to carefully balance building an economy, funding an ever growing war machine, and engaging in diplomacy, humans have invented a new technology that allows for rapid transit across the galaxy.

“Retribution increases the strategic depth of gameplay through new modes of fast travel and the use of abilities provided by Precursor artifacts,” said Stardock CEO Brad Wardell.

New features in Galactic Civilizations III: Retribution:
* Artifacts – Powerful items buried on planets across the galaxy will give civilizations instant access to new abilities.
* Hypergates – Construct powerful gateways that, when linked, allow fleets to travel rapidly across hyperspace.
* Major Civilizations: Drath and Korath – The manipulative Drath pull the strings across the galaxy while the Korath rely on extermination. Each has its own special abilities, bonuses, and ship parts.
* Supply ships – Players construct ships to deliver goods to your other planets to aid in their development.
* A New Technology Tree – A major overhaul of the technology tree adds depth and sharpens the strategic choices in research options.
* Retribution Campaign – The malevolent Drengin Empire made a mistake underestimating humanity’s willingness to use violence.