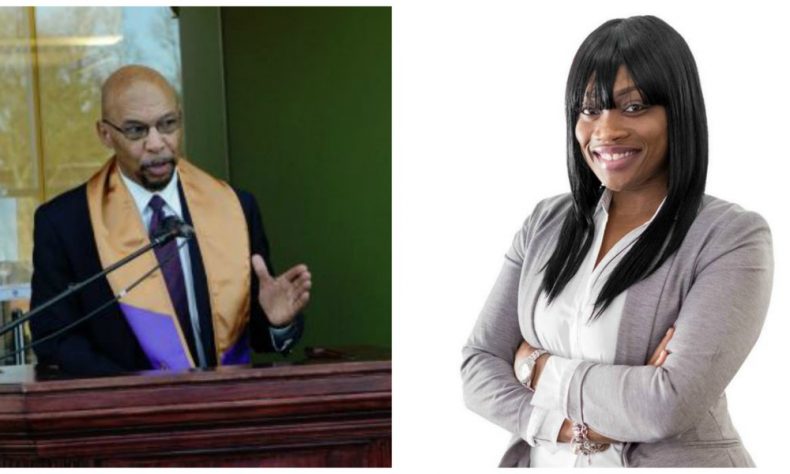 The award ceremony will take place at 2 p.m. in the University Technology and Learning Center Gallery. LTU’s campus is located at 21000 W. 10 Mile Road in Southfield (see www.ltu.edu/map).

LTU created the award as part of the university’s programming for Black History Month. A student committee proposed the award to honor an individual each year who is positively impacting the lives of the African-American community, on campus and in the surrounding community.

Brown grew up in Detroit and earned three degrees from Lawrence Tech – a Bachelor of Science in Architecture in 2005, a Master of Architecture in 2007, and an MBA in 2015. She is working in project management at SmithGroup, is an adjunct professor at LTU, and is a co-founder of the Urban Arts Collective, a nonprofit focused on increasing underrepresented groups in careers in science, technology, engineering, art and architecture, and mathematics.

Brown successfully created an initiative called 400 Forward, which received a grant last year from the Knight Foundation. The effort notes that of the 111,000 licensed architects in the United States, a mere 400 are black women – and aims to introduce more young girls to architecture in urban schools, offering free art and architecture summer camps and help in pursuing degrees.

Brown has participated in many panels and seminars discussing the challenges she faced as a woman of color in architecture. She serves as a university liaison for schools of architecture in the Midwest with the National Organization of Minority Architects, and is vice president of NOMA’s Detroit Chapter.

“It’s an honor to be the recipient of this inaugural award, doing what I love,” Brown said.

The award is named after John G. Petty, an engineer of distinction since his 1965 graduation from LTU with a Bachelor of Science in Mechanical Engineering. Petty started working in the field before his graduation, first in 1963 with the engineering design firm G. L. Bowen Co., and then, in 1964, with Williams International, where he helped develop and analyze gas turbine engines for both aerospace and automotive applications.

In 1973, he joined General Dynamics Land Systems with project engineering responsibility for the 1,500-horsepower gas turbine engine proposed to power the U.S. Army’s Main Battle Tank, which was then undergoing its initial design and development. During his 30-year tenure he held many other positions of high responsibility, including ethics program director for all General Dynamics locations worldwide.

At the same time, Petty was serving the profession of engineering. A longtime member of the Engineering Society of Detroit, Petty was elected ESD president for 1995-96, the organization’s 100th anniversary year. Petty was also the first African American president of ESD. He served on the ESD Board of Directors and numerous committees. He received both the ESD Distinguished Service Award and its Outstanding Leadership Award, and was elected to the prestigious ESD College of Fellows. In 2006, he earned ESD’s highest honor, the Horace Rackham Humanitarian Award.

Petty also served more than 20 years on the Lawrence Tech Board of Trustees. In the community, he served as a deacon and Sunday School superintendent of the Berean Chapel Church of Detroit, and served on the board of directors of Circle Y Ranch, a Christian summer camp in western Michigan. He also served on the Zoning Board of Appeals in the city of Southfield, where he and his wife, Evelyn, have lived since 1979.