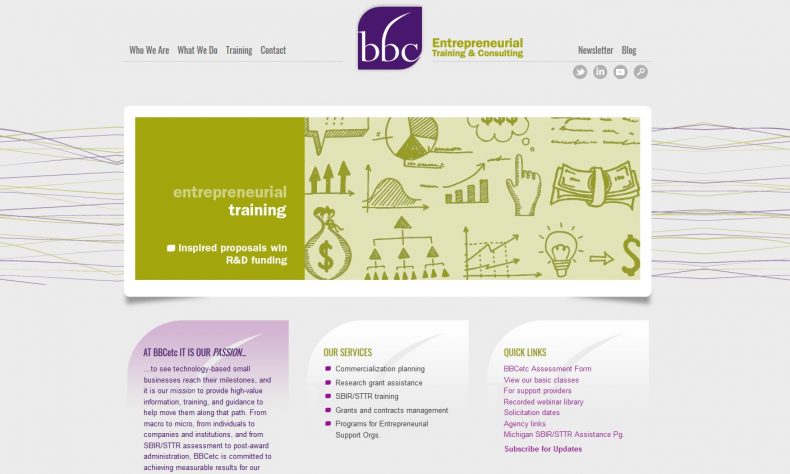 CHELSEA – BBC Entrepreneurial Training and Consulting LLC announced it had been awarded a three-year, $3.5 million FastTrack Small Business Technology Transfer grant from the National Institutes of Health to help move scientific discoveries and technologies that improve human health out of the lab and into the market.

BBC is partnering with the University of Kansas in the project, which will involve a shared accelerator for the states of Kansas, Oklahoma, Nebraska, North Dakota, and South Dakota to be called SHARPhub, an acronym for Sustainable Heartland Accelerator Regional Partnership.

The grant is managed by the National Institute of General Medical Sciences, an NIH institute.

The effort is part of the region’s IDeA program, which builds research capacities in states that historically have had low levels of NIH funding. It supports basic, clinical, and translational research; faculty and student development; and scientific infrastructure improvements.

SHARPhub will provide infrastructure and expertise, produce educational tools such as curricula, texts, and webinars,  and offer business development microgrants to promote commercialization of academic research and to build an entrepreneurial culture at the IDeA institutions.

Becky Aistrup, managing partner, BBC Entrepreneurial Training & Consulting (BBCetc) and Douglas Wright, vice chairman of the Department of Anatomy and Cell Biology, University of Kansas Medical Center, serve as principal investigators on the project. Aistrup is an alumna of the University of Kansas. Also, Julie Nagel, now program manager of the grant for BBC, is a former vice chancellor for innovation and entrepreneurship at the university.

Said Aistrup: “A significant part of SHARPhub’s focus will be on assisting startups with development of competitive grant applications for the federal SBIR and STTR programs. These two programs provide a compelling source of non-dilutive funding that encourages technology-based businesses to explore ideas and profit from their commercialization.”

STTR grants and its companion program, Small Business Innovation Research (SBIR) grants, allow American-owned and operated small businesses to engage in federal research and development that has a strong potential for commercialization. The NIH alone invested over $1 billion into health and life science companies in the federal government’s 2018 fiscal year, which ended Sept. 30.

Added Wright: “During our pilot year we will be conducting training and coaching a cohort of biotech researchers at the University of Kansas focused on forming startups based on their technologies. The inaugural class of the entrepreneurial training program, Startup School, was launched Jan. 8.”.

For more information about SHARPhub and to apply for the Year 1 cohort, visit: www.sharpideahub.com.