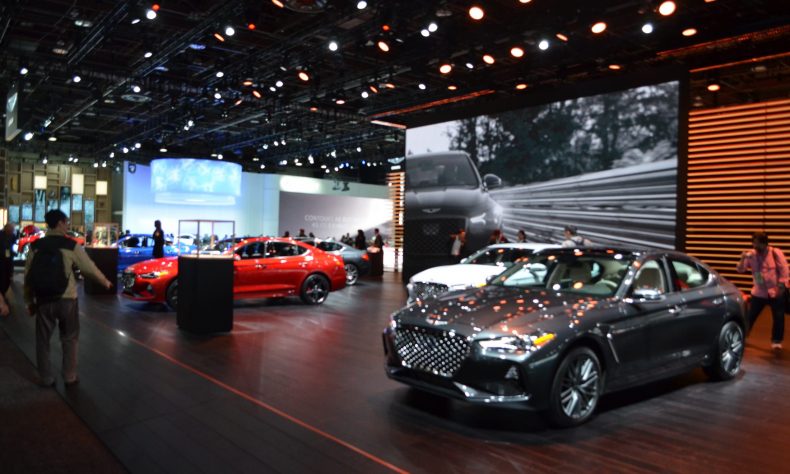 DETROIT — Yep, the fine folks at the North American International Auto Show have once again provided your humble narrator with a media credential, based on my work — if you’ll pardon the expression — on this humble tech blog.

I’m writing this from the cushy confines of the NAIAS media center, inside the massive, beautiful ballroom that was once Cobo Arena, home of the Detroit Pistons. Having covered both NAIAS and CES, formerly known as the International Consumer Electronics Show, I can tell you — the automotive press is crazy coddled compared to the tech writers. The media center here is larger than the one I last saw at CES a few years back, despite the Las Vegas tech extravaganza drawing several times as many ink- and electron-stained wretches as NAIAS.

And yes, in case you were wondering, the downtown water main break has affected Cobo Center as well. There are big “do not drink tap water” signs all over the place. Luckily, the auto show is providing us with unlimited bottled water and pop (yes, we are in Michgian, dang it, it’s POP).

I can tell you that it’s probably because of the hundreds of journalists here, but the wireless internet access in the media center is a little poky. 14 milliseconds ping, 5.85 megabits per second download, but a fast 46.87 megabits per second upload, according to speedtest.net. Ah well. I’m not here to stream movies, and the upload will suit my photos just fine.

Now, it’s on to the stars of the show — the cars. Here are some random observations from someone kind of in the middle of the road between “cars are merely appliances to get you safely from Point A to Point B” and “cars are mankind’s sexiest invention ever and must be worshipped reverently.” In other words, I love to drive, but I also have a practical nature when it comes to transportation.

* After several years of an unchanged floor plan, the auto show’s look is radically different this year, mostly because of subtraction — Porsche, Audi, and Mercedes-Benz are gone, and Volkswagen is markedly downsized.

* The overall look of many of the exhibits is the same — black floor, black background, and brilliant lighting dramatically highlighting the gleaming sheet metal on display.

* In Cobo’s northeast corner where Porsche used to be is an expanded exhibit for Kia, and some of the cars from the formerly dowdy South Korean automaker are doing their very best Porsche imitations. Lots of dreamboats.

* Suppliers like Denso and ZF have a much larger presence in what used to be Volkswagen’s space, as well.

* Toyota is making the most of its current racing sponsorships, with what seemed like half a dozen race cars from various circuits anchoring its exhibit. And what seemed like about 15 different sizes and configurations of SUVs.

* Ford Motor Co. is bringing back the midsized truck with the Ranger. Which, when it comes out, will be bigger than the Ford F-150 Camper Special pickup truck that I owned as a kid. Trucks are just gigantic these days.

* Also markedly downsized was the Subaru exhibit, with only three models on display for press days.

* To paraphrase my podcast partner Mike Brennan of MITechNews.com, at this show, it would seem you can either buy a 700-hp Mustang (or Challenger or Charger, for my Mopar friends), or you can buy a $60,000 truck the size of a school bus, or you can buy an SUV. About the only exhibits where you’ll find actual cars is a corner of the Chevrolet exhibit, along with Volkswagen, and a few in the Buick exhibit. Everything else is a truck or truck-like.

* Maybe because it’s the last wintertime NAIAS, this show seems kind of downsized. The auto show will return in June 2020, when the only weather worry will be thunderstorms, not snow and ice. And as the Detroit city motto goes — we hope for better things, it shall rise from the ashes. 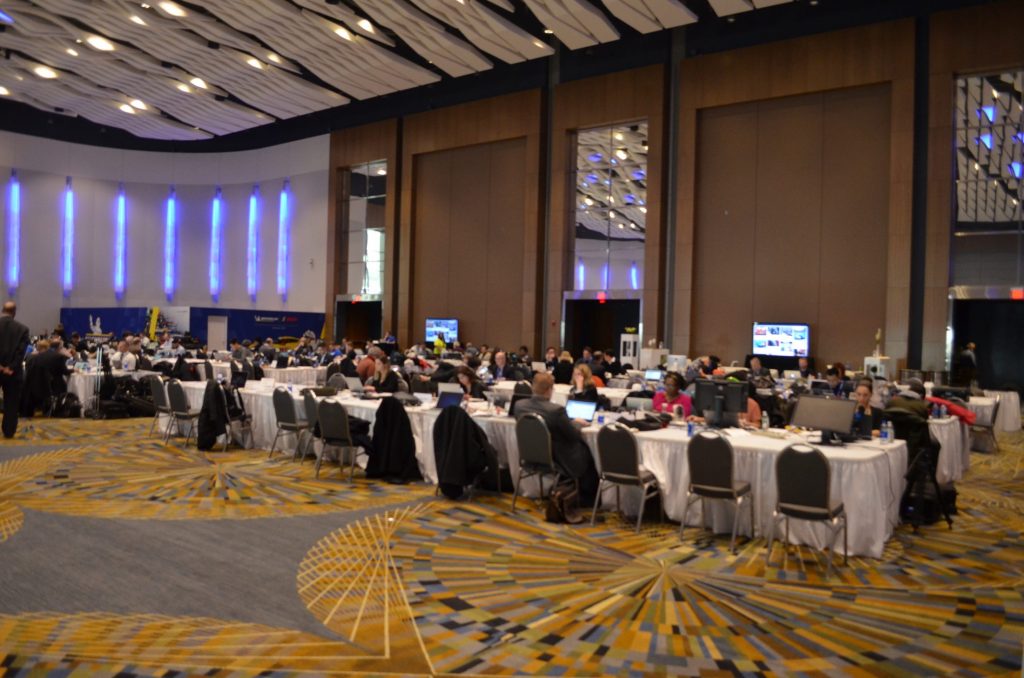 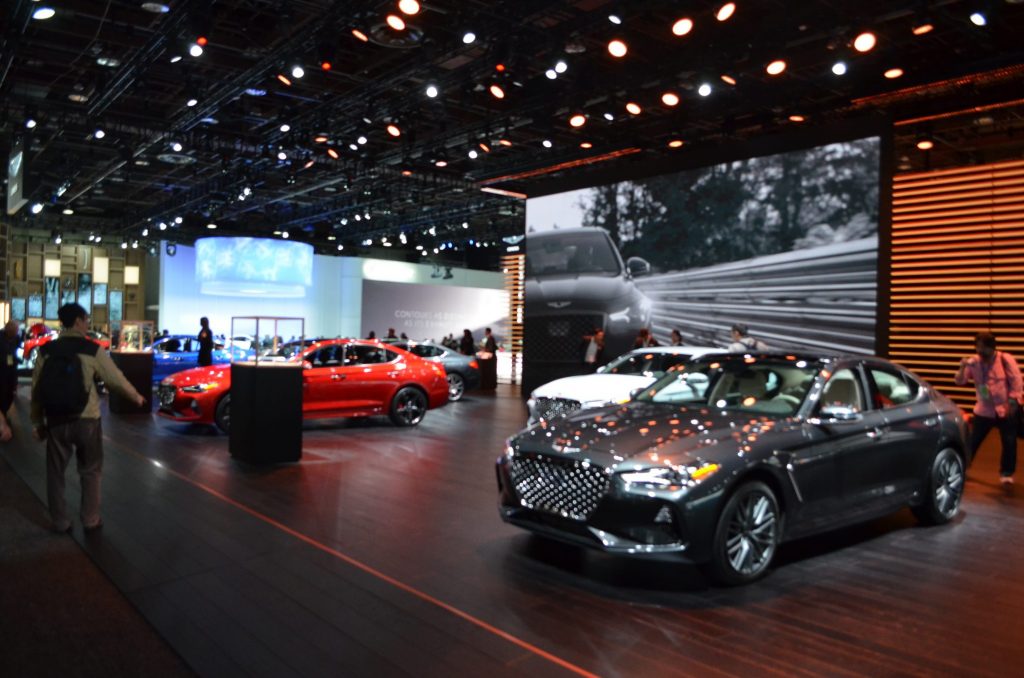 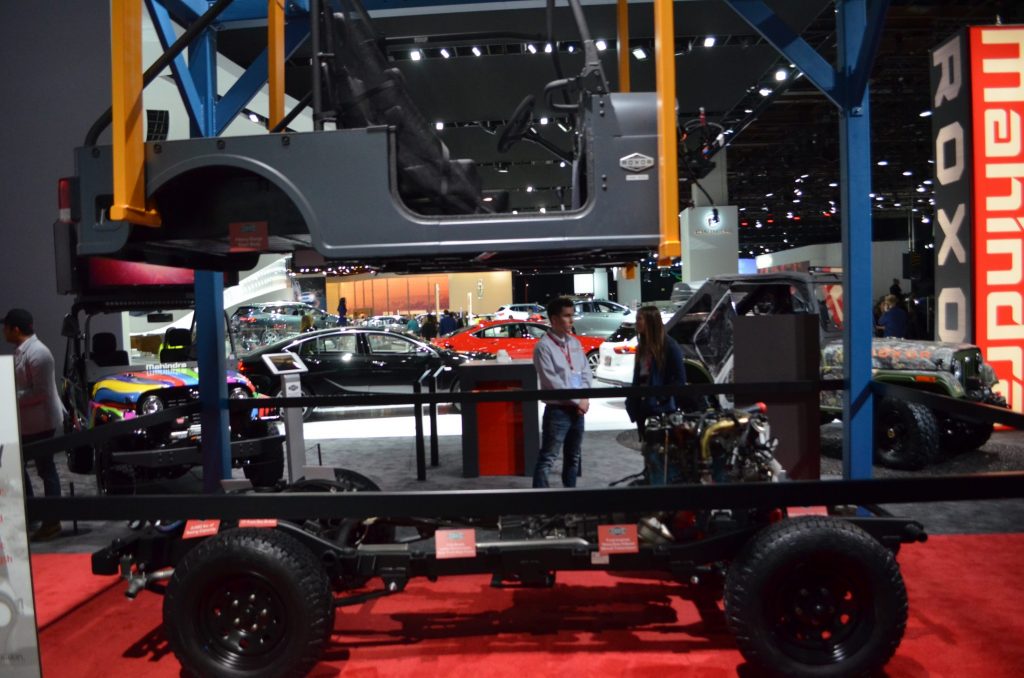